When they go to the polls on Tuesday, voters in Michigan and Vermont may not be aware that officials in those states have placed on the ballot amendments to their state constitutions that push the transgender agenda, a report said.

“Hidden in the language of two proposed state constitutional amendments is a ‘right’ to transgender medical interventions that would undermine parental rights and make children vulnerable to ‘treatments’ that would leave them scarred, stunted, and infertile,” The Daily Signal reported on Monday, citing critics of the amendments. 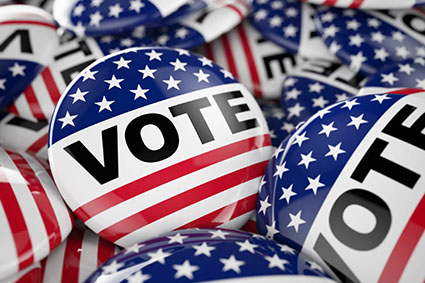 In Michigan, Proposal 3 would establish a “fundamental right to reproductive freedom” in the state constitution.

The proposal’s text states that it “entails the right to make and effectuate decisions about all matters relating to pregnancy, including but not limited to prenatal care, childbirth, postpartum care, contraception, sterilization, abortion care, miscarriage management, and infertility care.”

The Planned Parenthood chapter in Michigan claims the amendment would have no impact on what it calls “gender-affirming care for minors.”

Critics, however, say that, beyond abortion, the amendment would provide access to cross-sex hormones.

“The bill could easily have been written to refer to abortion explicitly and exclusively,” Jay Richards, senior research fellow in religious liberty and civil society at The Heritage Foundation, told The Daily Signal. “Instead, it refers to some ill-defined right to reproductive freedom. The only reason to do that is to use the fight over abortion to expand into other jurisdictions of the social revolution. I would also note that many Planned Parenthood facilities dispense cross-sex hormones, so they have a financial stake in gender-transition procedures.”

In Vermont, Proposal 5, would add a new Article 22 to the state’s constitution. It states “that an individual’s right to personal reproductive autonomy is central to the liberty and dignity to determine one’s own life course and shall not be denied or infringed unless justified by a compelling State interest achieved by the least restrictive means.”

“I believe the course is clear. Article 22 is meant to purposefully open Pandora’s box and then bar future legislators from doing anything about it,” Matthew Strong, executive director of Vermonters for Good Government, an organization opposing the amendment, told The Daily Signal. “Minor/children’s transgender issues is just one of many intended goals with this, and the extreme agendas in the school system are already hard at work on this.”

“The Legislature’s word choice makes the long-term goal very plain,” Strong argued. “By using the word ‘individual’ instead of ‘woman,’ it removes gender and age restrictions on whom this applies to. We allege that this constitutional amendment was written BY Planned Parenthood, FOR Planned Parenthood.”

“Parents across the United States are fighting teachers and administrators who socially transition their sons or daughters without the parents’ knowledge or consent. In many states, schools are the mouth of a pipeline that leads to gender clinics and cross-sex hormones—again administered without parents’ consent,” The Daily Signal noted.