The American Federation of Teachers called last month for the “separation of school safety from policing and police forces.”

Schools in mostly Democrat-run cities are canceling long-standing contracts with law enforcement amid the leftist mob’s demands to defund police, a report said. 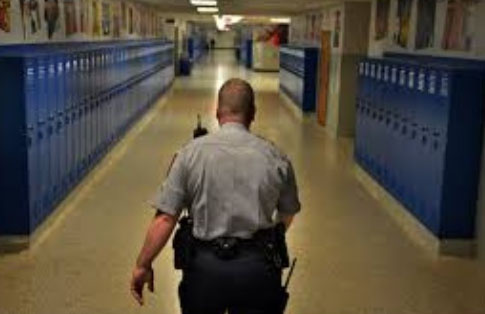 School boards in Oakland, Denver, and Milwaukee have voted to end mutual aid agreements with local law enforcement agencies that provided work for police officers on campuses, Christopher Vondracek reported for The Washington Times on July 6.

Since June 30, public schools in St. Paul, Minnesota no longer have a contract with the city’s police force. The school board voted to develop an “interim safety” plan and eliminate school resource officers.

“Many of them see them as a hostile presence, as a traumatic presence, as a reminder of what they don’t want to engage with in schools, even if there are other students and staff who see them as someone who could keep them safe,” said school board member Steve Marchese, who introduced the motion last month.

But residents also are concerned that eliminating school resource officers (SROs) will only lead to more violence in schools, particularly among children of color.

In Seattle, the public schools superintendent said the presence of four armed security officers on school premises “prohibits” many students and staff from feeling safe and welcome.

“While the focus of the School Emphasis Officers has been to build relationships and provide assistance to youth in crisis, the unintended consequence of their presence in our buildings could bring more distress to our young people,” Superintendent Denise Juneau said in a letter to the community last month.

In New York City, Katrina Feldkamp, with Legal Services, said last month in announcing a “road map” toward schools without police: “We would like to see the removal of both school safety agents and police from our schools.”

When the superintendent of Portland Public Schools in Oregon announced the phasing-out of school resource officers by next year, the local teachers union cheered, Vondracek noted. “We need to re-examine our relationship” with the local police force, the union said on Facebook.

The teachers union in Boston passed a resolution demanding the reinvestment of $4 million spent on law enforcement agents to go to mental health services and restorative justice practices.

The Chicago Board of Education narrowly rejected ending its $33 million contract with the city’s police department.