[Editors’ Note: An earlier version of this article cited a report from another publication about Robert Woodard’s previous record that had not been confirmed. That reference has been removed.]

Some teachers in North Carolina who have been charged with sex crimes are being shifted to other schools rather than having their teacher licenses revoked, a report found.

“It’s become clear that some teachers are being allowed to resign in one North Carolina county only to be hired weeks or months later in another one,” American Lens reported on June 15. 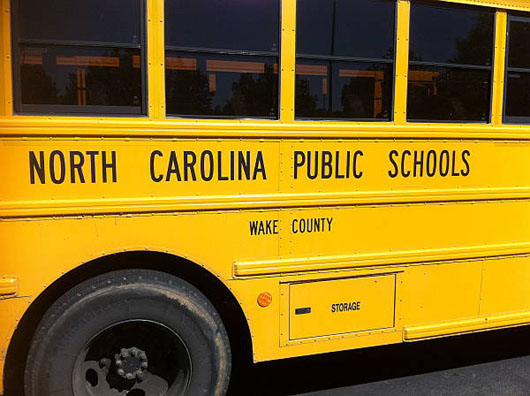 A follow-up to a January report, which “detailed the disparities between teacher arrests in the media versus the state maintained list of teacher license revocations and disciplinary actions,” found that, in 2016, 22 North Carolina teachers were charged with “crimes of a sexual nature involving students.”

Some of them continue to teach.

ABC 11 reported a case involving a teacher named Troy Pickens who was charged with sexual offenses but has yet to show up on the teacher license revocation listing.

ABC 11 reported that Durham police arrested Pickens, 26, and charged him with sexual offenses from 2015 involving a 14-year-old female student. Pickens is currently a teacher in Wake County at Durant Road Middle School.

American Lens noted that “around six years ago, the North Carolina legislature asked NC DPI, under the direction of former Superintendent June Atkinson, to come up with a background check procedure proposal.”

“Atkinson shoved the project in a drawer for over four years. The legislature never followed up either.”

In 2015, USA Today published a report rating the states on their teaching hiring practices. North Carolina received an “F.”

Woodard, who bonded out on June 6, “allegedly passed a background check to teach in Chatham County schools,” American Lens reported.

Since its initial January report, American Lens said it had documented nearly weekly teacher arrests in North Carolina between April and the beginning of May.

Meanwhile, at the General Assembly, “the bill which addresses background checks for educators has yet to make it out of the finance committee.”

North Carolina House Bill 117, Protect Students in Schools, was filed in February of this year.

The most recent Preferred Committee Substitution (PCS) for the bill includes a provision that might reduce the under-reporting of teachers who resign voluntarily due to misconduct or an arrest.

“If a teacher’s criminal history is relevant to the teacher’s resignation, regardless of whether the teacher has given at least 30 days’ notice, the board shall report to the State Board of Education the reason for an employee’s resignation.”

What the bill does not stipulate is action by the State Board of Education or DPI with such resignation information, American Lens noted.