Obama administration immigration policies and Sanctuary Cities that refuse to cooperate with immigration authorities have fueled the growth of the brutal MS-13 gang in the United States, a report said. 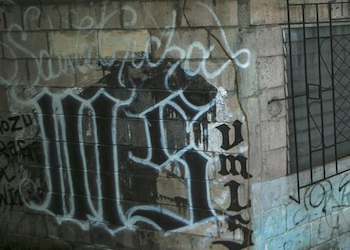 “The proliferation of sanctuaries may complicate disruption of MS-13,” according to a report by the Center for Immigration Studies (CIS). “Many of the hotbeds of MS-13 activity are also places where local officials have adopted sanctuary policies. These policies prevent ICE from working effectively with local law enforcement agencies.”

President Donald Trump has pledged to crack down on MS-13, which some analysts say had been effectively stifled under the George W. Bush administration but came back with a vengeance under Obama’s open-border immigration policies.

The CIS report’s author, Jessica M. Vaughan, said, “this resurgence represents a very serious threat to public safety in communities where MS-13 has rebuilt itself. The resurgence is directly connected to the illegal arrival and resettlement of more than 300,000 Central American youths and families that has continued unabated for six years, and to a de-prioritization of immigration enforcement in the interior of the country that occurred at the same time.”

Vaughan said that high concentrations of MS-13 gang members were found in areas where “unaccompanied alien children” were placed under Obama’s policies, including Virginia, California, Maryland and New York.

Vaughan cited an example of a Maryland gang member and DACA recipient who had urged friends in El Salvador to take advantage of Obama’s policies:

“One MS-13 clique leader in Frederick, Md., who had received a DACA work permit and was employed as a custodian at a middle school in Frederick, Md., and who was recently incarcerated for various gang-related crimes, reportedly was told by gang leaders in El Salvador to take advantage of the lenient policies on UACs to bring in new recruits, knowing that they would be allowed to resettle in the area with few questions asked. Several of these unaccompanied minors now have been arrested and incarcerated for various crimes, including a vicious random attack on a sheriff’s deputy in 2015.”