Lockheed Martin, America’s largest defense contractor which benefits from billions in taxpayer funds, sent a number of its top executives to what amounted to a re-education camp for white males which aimed at helping them “awaken together,” a report said. 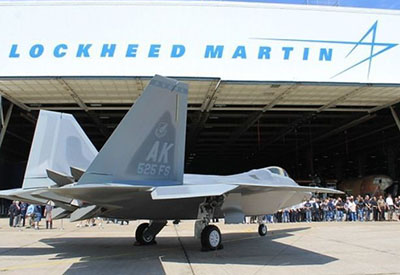 The three-day diversity-training program aimed at deconstructing the Lockheed Martin executives’ “white male culture” and encouraged them to atone for their “white male privilege.” It was led by the diversity-consulting firm White Men As Full Diversity Partners.

Rufo tweeted: “This is pure neorealism from a company that receives billions of taxpayer dollars every year. I call on the United States Senate to launch an immediate inquiry into the racist practices at @LockheedMartin. We must shut this down before it endangers our national security.”

According to documents obtained by Rufo, at the beginning of the program, the diversity trainers led a “free association” exercise, asking the Lockheed employees to list connotations for the term “white men.” The trainers wrote down “old,” “racist,” “privileged,” “anti-women,” “angry,” “Aryan Nation,” “KKK,” “Founding fathers,” “guns,” “guilty,” and “can’t jump.” According to the participants, these perceptions have led to “assumptions about white men and diversity,” with many employees believing that white men “don’t care about diversity,” “have a classical perspective on history and colonialism,” and “don’t want to give away our power.”

The program trainers contended that the “roots of white male culture” include traits such as “rugged individualism,” “a can-do attitude,” “hard work,” “operating from principles,” and “striving towards success” — which are “devastating” to women and minorities.

White Men As Full Diversity Partners argues that the “roots of white male culture” include traits such as “rugged individualism,” “a can-do attitude,” “hard work,” “operating from principles,” and “striving towards success”—which are “devastating” to women and minorities.

To finish out the training, attendants were required to read a series of “I’m tired” statements from people of color and women, which state “I’m tired of people telling me I need to ‘get over my history,’ ” “I’m tired of you making more money than me,” “I’m tired of not wanting to play golf,” and “I’m tired of downplaying my intellect or expertise to not show up a man.”