A large number of inmates who are being released from Los Angeles County jail over concerns of the coronavirus spreading are never tested for the virus before being freed, a report said.

California has released thousands of prisoners over concerns that COVID-19 will overwhelm jails and prisons. 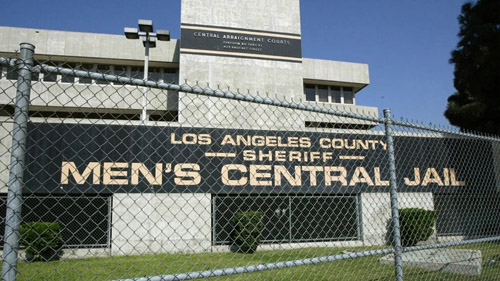 Last week, Los Angeles County Sheriff Alex Villanueva made public surveillance footage showing inmates purposefully trying to infect themselves with coronavirus so they would be more likely to be released from jail.

Since March 11, California officials have released more than 5,500 inmates into local communities. On average, nearly 700 inmates are being released every week across the state.

An official with Los Angeles County’s Office of Diversion and Reentry told the Los Angeles Times that many inmates are being released but are never administered a coronavirus test.

Even if inmates are tested, they sometimes are not told their results until after they have already been released from jail, the official said.

“We slowed our work down in court and shifted our resources to address the number of people released from jail,” said Peter Espinoza, a retired Superior Court judge who now heads the office. Espinoza said they added 211 beds in new housing sites, and found housing for more than 170 inmates in a two-week period.

He said inmates in L.A. County generally are not being tested for COVID-19 before their release unless they show symptoms and many service providers now are checking for symptoms when they arrive.

The LA Times detailed the case of Frank Cooper who was released from the Riverside County, California Jail on April 24. Cooper was not supposed to be released until November, but officials decided to allow him to serve the rest of his sentence on house arrest.

Cooper told the LA Times he had been quarantined in jail and was administered a coronavirus test by a nurse before being released. He said county officials never got his results to him and so he sought out testing himself. On May 2, a week after his release from jail, he found out he was positive for coronavirus.

Meanwhile, a California man was arrested last week for allegedly attempting to carjack a woman and then choking her young son. He was arrested just ten minutes after being released from jail.

Amid the coronavirus, California has adopted a $0 bail rule for most misdemeanors and lower-level felonies. The ruling will remain in effect until 90 days after Gov. Gavin Newsom lifts the COVID-19 state of emergency or if the Judicial Council repeals the rule.

Daniel Orozco, 28, was released from the Monterey County jail after being arrested by highway patrol officers for allegedly driving while under the influence of drugs and driving the wrong way.

After his arrest, Orozco was almost immediately released from jail. About ten minutes after his release, Salinas Police Department officials said Orozco allegedly forced a female driver out of her car in a parking lot.

Orozco was arrested on Highway 101 and was again booked into the Monterey County Jail. He has been charged with carjacking, kidnapping, child endangerment, and assault with a deadly weapon.