Report: Facebook has been collecting users’ data without permission for years

A new report details the extent to which Facebook goes to collect users’ data.

Ars Technica reported that Facebook’s Android app collects data on users’ phone calls and texts outside of the platform without the users’ permission. And, the report said, Facebook has been doing it for years. 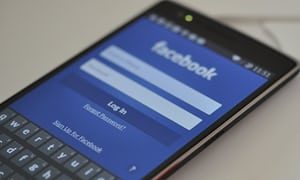 According to the report: “This past week, a New Zealand man was looking through the data Facebook had collected from him in an archive he had pulled down from the social networking site. While scanning the information Facebook had stored about his contacts, Dylan McKay discovered something distressing: Facebook also had about two years’ worth of phone call metadata from his Android phone, including names, phone numbers, and the length of each call made or received. This experience has been shared by a number of other Facebook users who spoke with Ars.”

“You may have seen some recent reports that Facebook has been logging people’s call and SMS (text) history without their permission. This is not the case,” claimed Facebook. “Call and text history logging is part of an opt-in feature for people using Messenger or Facebook Lite on Android. This helps you find and stay connected with the people you care about, and provides you with a better experience across Facebook. People have to expressly agree to use this feature.”

Ars Technica’s report noted that several users said they had not been prompted to “opt-in” to the data collecting as Facebook claimed.

“This contradicts the experience of several users who shared their data with Ars. Dylan McKay told Ars that he installed Messenger in 2015, but only allowed the app the permissions in the Android manifest that were required for installation,” Ars Technica explained. “He says he removed and reinstalled the app several times over the course of the next few years, but never explicitly gave the app permission to read his SMS records and call history.”

The reporter noted that “In my case, a review of my Google Play data confirms that Messenger was never installed on the Android devices I used. Facebook was installed on a Nexus tablet I used and on the Blackphone 2 in 2015, and there was never an explicit message requesting access to phone call and SMS data. Yet there is call data from the end of 2015 until late 2016, when I reinstalled the operating system on the Blackphone 2 and wiped all applications. While data collection was technically ‘opt-in,’ in both these cases the opt-in was the default installation mode for Facebook’s application, not a separate notification of data collection.”