Facebook is continuing to allow discriminatory housing ads a year after an investigation uncovered the issue, a report said.

ProPublica discovered in an investigation last year that people were able to take out housing ads on Facebook that “targeted whites only.” After the investigation, Facebook said it had come up with a system to detect and reject discriminatory ads, but ProPublica reported it re-tested “and found major omissions.” 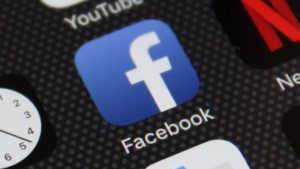 In a Nov. 21 report, ProPublica said that, last week, it bought dozens of rental housing ads on Facebook and “asked that they not be shown to certain categories of users, such as African Americans, mothers of high school kids, people interested in wheelchair ramps, Jews, expats from Argentina and Spanish speakers.”

All of the groups are protected under the federal Fair Housing Act, which makes it illegal to publish any advertisement “with respect to the sale or rental of a dwelling that indicates any preference, limitation, or discrimination based on race, color, religion, sex, handicap, familial status, or national origin.”

All of the ads purchased by ProPublica were “approved within minutes.”

“The only ad that took longer than three minutes to be approved by Facebook sought to exclude potential renters ‘interested in Islam, Sunni Islam and Shia Islam.’ It was approved after 22 minutes.”

Facebook’s failure to flag and prevent the posting of the ads “revives questions about whether the company is in compliance with federal fair housing rules, as well as about its ability and commitment to police discriminatory advertising on the world’s largest social network,” ProPublica said.

Last year, ProPublica reported it bought a Facebook ad targeting house hunters and it was “able to use Facebook’s features to block the ad from being shown to anyone with an ‘affinity’ for African American, Asian American or Hispanic people. Our ability to narrow the audience based on race raised the question of whether such ads violated the Fair Housing Act.”

After ProPublica’s article appeared in the fall of 2016, Facebook said it would build an automated system to spot ads that illegally discriminate. “We take these issues seriously,” Facebook Vice President Erin Egan wrote in a blog post. “Discriminatory advertising has no place on Facebook.”

Facebook announced in February it was rolling out the system.

In September, ProPublica reported that Facebook’s ad targeting system allowed buyers to reach people who identified themselves as “Jew haters” and other anti-Semitic categories. Facebook pledged to remove the offending categories and to hire thousands more employees to enforce its ad policies.

ProPublica continued its investigation into “whether the ability to buy discriminatory housing ads had really been addressed. So we set out to buy an advertisement with the exact same targeting parameters as the ad we bought last year. The ad promoted a fictional apartment for rent and was targeted at people living in New York, ages 18-65, who were house hunting and likely to move. We asked Facebook not to show the ad to people categorized under the ‘multicultural affinity’ of Hispanic, African American or Asian American.

“The only changes from last year that we could identify in Facebook’s ad buying system was that the category called ‘Ethnic Affinity’ had been renamed ‘Multicultural Affinity’ and was no longer part of ‘Demographics.’ It is now designated as part of ‘Behaviors.’

“Our ad was approved within minutes.”