Islamic State (ISIS) and Taliban terrorists have hidden among migrants attempting to enter the United States illegally, a report confirmed. 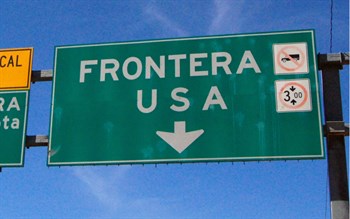 Based on public documents, there have been at least 15 cases of terrorists and at least 100 migrants from nations that harbor terrorist groups who have crossed the border since 2001, according to the Center for Immigration Studies (CIS).

“While President Trump may have raised the prospect of terrorist border infiltration to gain political advantage, facts would support his contention that Middle Easterners from places like Syria, Iraq, and Egypt, as well as from South Asia and the Horn of Africa, do indeed routinely travel the same routes as Hondurans to the U.S. southern border and that some terrorist suspects have traveled among them,” the CIS report said.

While there are 15 documented cases of terrorists entering through the U.S.-Mexico border, the report noted that many more terrorists may have entered or been caught, but the government hasn’t revealed those cases.

In one case, a Somali who crossed over the Mexico border went on to Canada and in 2017 stabbed a police officer and rammed others while carrying an ISIS.

CIS noted that many other terror suspects who were heading to the United States have been seized by U.S. allies in Central America.

In one case noted by CIS, Panama deported six Pakistani nationals it arrested in August 2016. The report’s author, Todd Bensman, said that “For Panama to deport any of the roughly 8,000 migrants a year normally allowed to pass through its territory from Colombia northward is highly unusual. The deportations suggest that unusual derogatory information was associated with the six Pakistanis, probably related to terrorism.”