Former U.S. Attorney John Durham’s report on the origins of the Trump-Russia hoax “is coming” and while it “may not be as broad as we want it to be,” prosecutions are to be expected, California Republican Rep. Devin Nunes said. 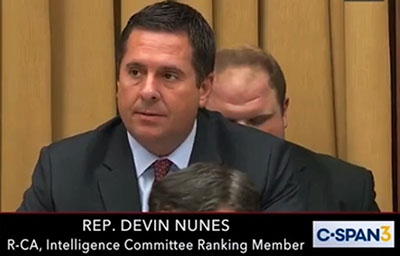 “I’m still positive, and I guess I have to be, that people are going to go to jail, and they are going to be prosecuted for the Russia grand fiasco and the Russia hoax,” Nunes told the Sara Carter Show podcast.

He also asserted that Durham “has the power,” and therefore, his inquiry “shouldn’t be corrupted.” But, Nunes added, if Team Biden Attorney General Merrick Garland does inhibit Durham’s efforts in any way, “That would be a big issue, especially if Republicans get control back of the Congress because we have subpoena power.”

During his Senate confirmation hearing in February, Garland declined to promise that he would protect Durham’s investigation or make any eventual report public. However, Garland said he didn’t have any reason to think it wasn’t the right move to allow Durham to continue his work.

Durham has run the investigation into the Russia hoax origins since the spring of 2019. It has lasted longer than special counsel Robert Mueller’s Russia inquiry.

Under the Biden administration, Durham left his role as the U.S. attorney in Connecticut but was allowed to continue the investigation following his appointment as special counsel.