The Bureau of Land Management on Jan. 29 confirmed that the grazing permits for Hammond Ranches in Harney County, Oregon have been reinstated. 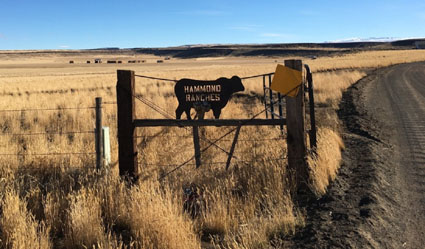 In one of his last acts as Interior Secretary, Ryan Zinke earlier this month had ordered the BLM to renew the grazing permit through 2024.

In 2015, Dwight and Steven Hammond were sentenced to five-year mandatory minimum sentences under the Antiterrorism and Effective Death Penalty Act for two prescribed burns in 2012 that spread to public land.

The sentencing of the Hammonds was the spark which led Ammon and Ryan Bundy to lead a 41-day occupation of the Malheur National Wildlife Refuge near Burns, Oregon in 2016. One protester, Robert “LaVoy” Finicum, was shot and killed by authorities during the incident.

“This is the culmination of years of effort on behalf of this industry to restore a family’s livelihood,” said their statement. “We speak on behalf of the livestock producers nationwide in saying thank you to Acting Interior Secretary David Bernhardt and his team who worked to correct the hardships this family faced.”