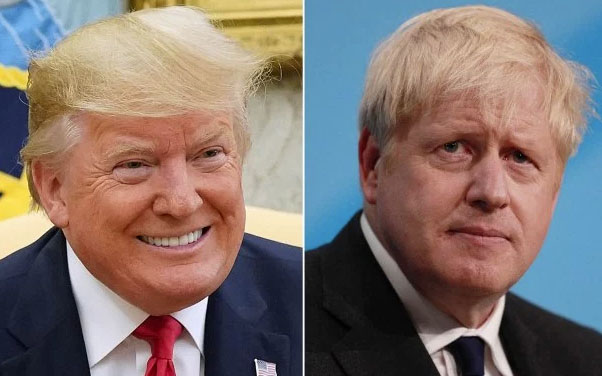 Question of the Day, July 23, 2019: Authoritarian governments precipitated the second world war. Now such regimes in China, Russia and Iran are teaming up erase U.S. global influence. Authoritarian governments in the West are being resisted by the Trump revolution and the Brexit movement. But these are led by lone individuals. The political-cultural-media elites control institutions and promote their consensus. Are they too powerful to fail?

Showdowns between authoritarian governments and their own people tend to end badly for the people with notable exceptions, including the United States of America where the people were armed and took matters into their own hands. Will the Chinese Communist Party smash the will of the Hong Kong people as it did with the Mainland Chinese people at Tiananmen Square in 1989?

I hope not. Communism is a cruel task master. We hope and pray the Communists in the Democrat Party never gain control of our government. They are taking over the Democrat Party that’s for sure. If they do , this situation could take place in America, Times Square for instance ?!!! – Dinah Reynolds

Sadly, Tiananmen is exactly how Communists behave and control the people.. They don’t care how many innocents they slaughter to exact total control. Sad days for the once prosperous and free Hong Kong. Note to liberals and socialists-this is what dictatorships look like!!! – Susan Conery

Question of the day, Question: Will rising authoritarian forces destroy basic freedoms in the West?, WorldTribune.com