Power to the big corporations: Interview with ‘free thinker’ 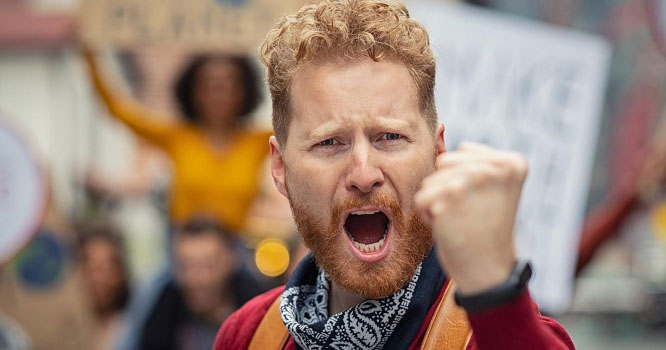 SEATTLE, WA—The Babylon Bee had the honor of sitting down with a local brave #resistance fighter to learn more about the fearless counterculture fighting against hate and other bad stuff like that. According to Doy Keeblesmush, a leader of the local resistance movement in Seattle, the ideology consists of whatever the media, universities, corporations, and Hollywood tell them they should think.

“Yeah, I’m pretty much a free thinker,” said Keeblesmush when interviewed at a protest rally sponsored by Kinko’s. “I would say my ideology is an eclectic mix of Vox, Marvel comics, Starbucks’ Twitter feed, and whatever my Sociology 101 professor says. There’s a lot of hate and misinformation out there, so it’s important that I get my life’s moral compass entirely from multi-billion dollar corporations and celebrities. The only exception is dead German philosophers like Marx. They’re cool too.”

Power to the big corporations: Interview with ‘free thinker’