Poll: Media no longer the most trusted source of political information

More than half of America has lost trust in the media to provide straight and accurate news about politics, a new survey found. 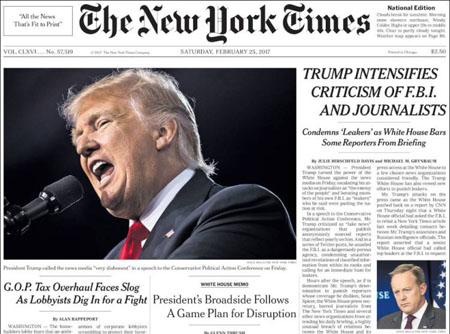 “Once upon a time, the news media was the most trusted source of political news and information — but not anymore. Over the past 12 months, attitudes about the American news media, particularly among Republicans, have become increasingly negative. More than 50 percent of the public don’t trust the political news they receive from the media,” said the latest 2019 Public Affairs Pulse Survey Report.

From 2018 to 2019, the new poll said, trust in the news media’s political coverage fell from 46 percent to 39 percent. Major political stories being covered during the time period of the survey included the Brett Kavanaugh Supreme Court nomination fight and the Trump-Russia investigation.

In Kavanaugh’s case, many observers said that the leftist media not only did not cover the story fairly, but was complicit in attempting to derail President Donald Trump’s nominee to the high court.

On the Trump-Russia story, the corporate media was savaged by observers who say it was working hand-in-hand with Democrats in an attempt to bring down Trump. The leftist media’s alliance with Democrats continues to this day, observers say, in the Trump-Ukraine whistleblower affair.

The survey, conducted by the Public Affairs Council and Morning Consult, found that friends and family, and even trade associations, are considered more trustworthy than the media when it comes to political news.

• The news media is rapidly losing the public’s trust as a source of news and information about politics. Only 39 percent consider it trustworthy, compared with 50 percent who said they trust the media “not too much” or none. Last year, 46 percent said it was a trustworthy source of political news and information and only 43 percent disagreed.
• Democrats still generally trust the news media, with 58 percent saying they trust it at least somewhat and only 32 percent saying they have little or no trust. Just 23 percent of Republicans, however, have at least some trust in the news media and 69 percent have little or no trust. Independents also tend to be negative about the press, with 33 percent having some trust and 50 percent having little or no trust.