More than half of Palestinians favor an armed intifada against Israel as opposed to a two state solution, according to a new poll. 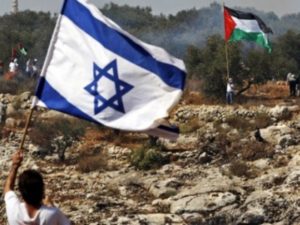 The poll, which was conducted by the Palestinian Center for Policy and Survey Research, found 65 percent of Palestinian Arabs in Gaza, Judea and Samaria have lost faith in the two state solution and 53 percent support the intifada.

A majority of 53 percent also prefer U.S. President-elect Donald Trump to stay out of the peace process completely, while 40 percent of respondents said that they wanted Trump to play any role, big or small, in the peace process.

A whopping 83 percent of respondents said they did not believe that President Barack Obama made a serious effort to resolve the Arab-Israeli conflict, compared to only 10 percent that said he did.

The poll was conducted last week among 1,270 Palestinian Arabs and had an error margin of 3 percent.