In a new Rasmussen Reports poll, 54 percent of Democrats said the 12 million illegal aliens currently in the United States should have the right to vote if they pay taxes. 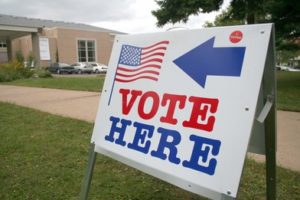 The survey of 1,000 likely voters asked respondents: “Should illegal immigrants be allowed to vote if they can prove that they live in this country and pay taxes?”

While the majority of Democrats polled said yes, overall just 31 percent of the survey’s respondents supported allowing illegals to vote.

“Giving the illegal alien population the right to vote would almost ensure Democrat dominance in statewide and national elections, as foreign populations are vastly more likely to favor Democrats over Republicans,” John Binder wrote for Breitbart News on July 31.

An American Barometer survey found 71 percent of respondents opposed San Francisco’s decision, while only 29 percent supported the move. Ninety-one percent of Republicans in the survey said they opposed giving the right to vote to non-citizens, as did 54 percent of Democrats.