Millions of voters who reportedly cast their ballots in 2020 for Joe Biden would like their votes back, a poll found. 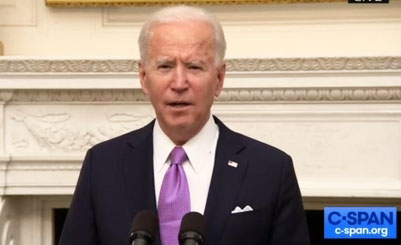 The latest Zogby Poll found that 21 percent of Democrats regret voting for Biden, as do 29 percent of his Republican voters and 14 percent of independents.

What makes this particular poll worse for Team Biden, analysts say, is that it was conducted before the disastrous U.S. withdrawal from Afghanistan. Biden’s approval ratings have shrunk by the day since his botched handling of the withdrawal.

Meanwhile, in an interview with Breitbart.com, former President Donald Trump said in response to a question that foreign leaders had called him expressing concerns about Biden and that he believed that there was “something wrong.”

Biden is not an old man, by the way, but there’s something wrong. But he is not an old man—he’s going to be 79; that is not old. I know people that are much older than that, and they’re as sharp as they were 40 years ago. Biden is not an old person. They talk about age. If you’re in your 70s or even your 80s, I know so many people even in their 90s, like Bernie Marcus of Home Depot and so many others; they’re in their 90s and sharp as can be. But something is wrong. Something is going wrong there.

In a Rasmussen Reports survey this week, 52 percent called for Biden’s resignation. And a new Ipsos survey showed his approval at 46 percent and disapproval at 48 percent.

Pollster Jonathan Zogby noted that while the number of voters who regret casting their ballot Biden may seem low, especially considering that 76 percent do not have regrets, it is extremely bad because of the closeness of many states Biden allegedly won.

“On the surface, it doesn’t seem like much,” Zogby said. But, “if you take into consideration the size of the electorate, and how the last two presidential elections (2016 and 2020) were decided by tens of thousands of votes in a handful of battleground states, this could really hurt” Biden’s chances in 2024.

Based on the poll and the closeness of 2020 battleground states, it appears Biden’s base is “shaky,” Washington Examiner columnist Paul Bedard noted. “While women and older voters have fewer regrets about their vote for him, younger and urban voters, as well as black and Hispanic people, were more regretful.”