Pew report: Islam to overtake Christianity as world’s No. 1 religion by 2050

Islam will be the world’s No. 1 religion, surpassing Christianity by the end of the century, according to a Pew Research Center study.

Pew projects that the Muslim population will grow by 70 percent worldwide between 2015 and 2060, compared with an overall population growth of 32 percent. That far exceeds the projected growth of the second- and third-fastest growing religions, Christianity and Hinduism, the study said. 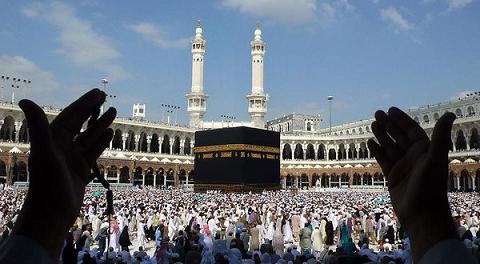 The study also said that the Muslim population in the United States will double by 2050.

The Pew study was released last week, the same week that saw the terrorist bombing in Manchester, England, and a gun attack on a bus filled with Coptic Christians in Egypt, both carried out by Muslim jihadists.

The study said that the Muslim population is growing faster as Muslim women are younger and have more babies than Christians and members of other religions. The projected birth rate of Muslim women from 2015 to 2020 is 2.9 babies per woman, compared to a non-Muslim fertility rate of 2.2, the study said.

“Muslims are also the youngest (median age of 24-years-old in 2015) of all major religious groups, seven years younger than the median age of non-Muslims,” the study says. “As a result, a larger share of Muslims already are, or will soon be, at the point in their lives when they begin having children. This, combined with high fertility rates, will fuel Muslim population growth.”

Pew projects that Muslims will grow to 2.1 percent of the U.S. population by 2050, moving past Judaism as the No. 2 religion in the country.

A 2015 study by Pew indicated that the European Muslim population is much larger and growing nearly as fast. Pew projects Muslims will make up 10 percent of the continent in 2050.

The feeling is mutual among Muslims. In a 2011 survey, majorities in Muslim countries associated Westerners with selfishness, violence, greed, immorality and arrogance.