The largest U.S. diplomatic compound in all of Asia opened this month in a country with whom Washington does not even have an official diplomatic relationship.

On June 12, when the world was transfixed on the Trump-Kim Nuclear Summit in Singapore, a major ceremony was taking place in Taiwan’s capital Taipei with great fanfare to mark the opening of a huge new diplomatic complex of great geopolitical significance. 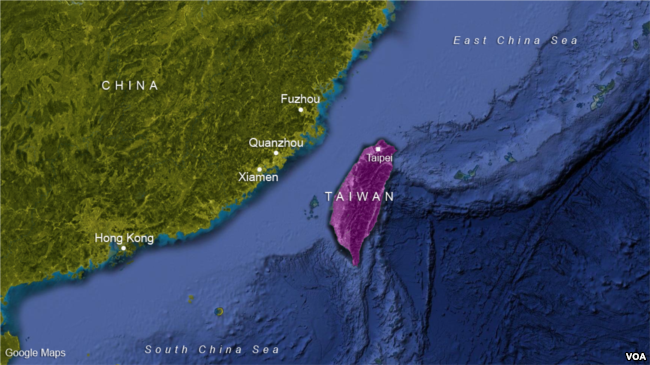 Occupying a whopping 16 acres, with a cost of $225 million, the new 5-story American Institute in Taiwan [AIT], America’s de facto embassy, is the biggest diplomatic compound in Asia, bigger even than the U.S. Embassy in Beijing.

An official American government delegation was dispatched to take part in the ceremony, led by Assistant Secretary of State for Educational and Cultural Affairs Marie Royce.

“The AIT’s new home is both a tangible symbol that reflects the strength of our ties, and a state-of-the-art facility that will make possible even greater cooperation for years to come,” said Ms Royce at the ceremony, which was attended by Taiwan’s President Tsai Ing-wen and former Taiwanese president Ma Ying-jeou.

Under President Trump, the unofficial ties with Taiwan have been elevated rapidly toward semi-official. The administration places more emphasis on shared values and democratic ideals than on geopolitical expediency in conjunction with communist China which claims sovereignty over all of Taiwan.

The current Congress and White House have been the boldest since Richard Nixon to unchain the U.S. from China’s diplomatic shackles on Taiwan.

“As free and open democracies, we have an obligation to work with one another to defend our values and protect our joint interests,” said Ms. Marie Royce in her capacity as a senior State Department official, “as long as we stand together, nothing can come between us.”

As predicted, China’s protest was swift and strong. “The United States sending officials to Taiwan under any excuses is in serious violation of the ‘one China’ principle, as it interferes with China’s internal affairs and negatively impacts China-US relations,” said the Chinese Foreign Ministry through its spokesman Geng Shuang. ” We urge the U.S. to abide by its pledge to China and correct its mistake to avoid harming China-US relations and peace in the Taiwan Strait.”

Washington has chosen not to respond to China’s protest and the veiled threat of use of force.

In response, U.S. Secretary of State Mike Pompeo, in Beijing, registered concern over China’s efforts to militarize the seas amid reports last week that U.S. Air Force B-52 bombers had flown near disputed islands that drew a sharp rebuke from China.