This is what’s known as woke comeuppance.

In December, The North Face apparel company cited environmental protection in rejecting an order of 400 jackets from Innovex Downhole Solutions, a Houston company that provides products and services for oil-and-gas producers. 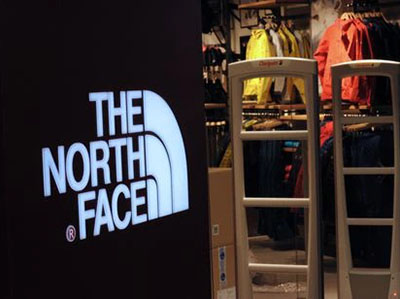 In March, the Colorado Oil & Gas Association in all its mocking glory recognized The North Face as its first “oil and gas extraordinary customer” for the company’s commitment to the fossil-fuel industry.

“North Face came out, didn’t want to associate with us, but hey, I don’t want to judge them on their words, we’re going to judge them by their actions,” said Chris Wright, CEO of Liberty Oilfield Services.

Wright said he examined North Face’s catalog and “failed to find a single product that wasn’t made out of petrochemicals,” estimating that more than 90 percent of its items were made with petroleum versus 60 percent of all fibers globally.

On Thursday, the Louisiana state legislature approved a concurrent resolution honoring The North Face as an “extraordinary customer” of the fossil-fuel industry, commending company for maintaining a “symbiotic relationship” with Louisiana’s oil-and-gas industry despite rejecting the jacket order.

Republican state Sen. Stewart Cathey Jr., the resolution’s sponsor, wore a gray North Face jacket as he said: “Since The North Face continues to offer a great selection of high-performance outerwear, ski wear and backpacks made out of nylon, polyester and polyurethane, all of which come from petroleum products, I thought it would be a great idea to highlight the symbiotic relationship between Louisiana’s oil and gas and petrochemical industry and The North Face, and commend them for using natural resources so important to our state as they make their products.”

The North Face, owned by the Denver-based VF Corporation, has declined to comment on the Innovex order, but told the Financial Times in December that it “thoroughly investigates product requests to ensure they align closely with our goals and commitments surrounding sustainability and environmental protection.”

The North Face has yet to accept the “extraordinary customer” awards, but would have no problem picking them up if it ever decides to given that the VF Corporation has its own fleet of private jets.