Observers: Team Biden loves all immigrants except those fleeing communism in Cuba

The “only immigrants” Team Biden doesn’t want coming to America are those fleeing the brutal communist dictatorship of Cuba, critics of Joe Biden’s immigration policies are saying.

“That’s the only instance in which the Biden administration is expressing a resistance to people coming here illegally. In my home state of Texas, we have open borders. We had the Biden DHS releasing people, hundreds of thousands of people,” Texas Republican Sen. Ted Cruz told Fox News on Wednesday. 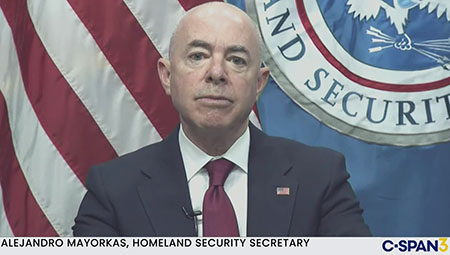 Homeland Security Secretary Alejandro Mayorkas said Tuesday that Cubans and Haitians attempting to cross the Caribbean Sea and Straits of Florida would not be permitted on U.S. soil. Those who establish a “well-founded fear of persecution or torture” would be referred to other countries for resettlement, he said.

“Allow me to be clear: If you take to the sea, you will not come to the United States,” Mayorkas said.

Unprecedented protests against the communist regime have broken out in Cuba, while Haiti has been rocked by the July 7 assassination of President Jovenel Moise.

Conservative radio host Erick Erickson noted: “While the Biden administration does not want a wall at the southern border and is stockpiling children in cages (notice how no one cares about that anymore), people fleeing the chaos of a communist dictator in Cuba and the chaos of Haiti will be turned away. Water walls are good. The actual walls are bad, apparently.”

Rick Manning, president of Americans for Limited Government, said: “Refusing to give political asylum to those who are legitimately fleeing political violence and oppression in Cuba, after opening the borders to anyone who makes an asylum claim from Central America, demonstrates that Biden’s border policy is not about human rights, it is about importing voters. Those fleeing Cuba will never vote for the Left’s Marxist nightmare, so they are denied even as they are living under one of the most repressive regimes in the world.”

Conservative pundit Dana Loesch tweeted that the Biden administration “should just come out and say they’ll only allow in people who don’t vote Republican.”

Meanwhile, new polling shows that Democrats’ moves to include funding for citizenship for millions of illegals in an infrastructure bill could be a career killer for several Democrats up for re-election in the 2022 midterms.

The Federation for American Immigration Reform found most blame Joe Biden for the border crisis and that a large majority believes that providing a path to citizenship for illegal immigrants in the legislation would only make the crisis worse.

One early draft of the infrastructure bill would put $150 billion to immigration policies, including the path to citizenship.

Overall, 57 percent in the Zogby poll agreed that “such legislation would encourage more people to enter the country illegally and make an already difficult situation worse.”

The poll found that voters in four critical states where Democrats face re-election, Arizona, Georgia, New Hampshire, and Nevada, would be far “less likely” to send their senators back to Washington if they backed the scheme.

“It was a warning sign to Sens. Mark Kelly of Arizona, Raphael Warnock of Georgia, Jeanne Shaheen of New Hampshire, and Catherine Cortez Masto of Nevada should they support a change to Senate rules to pass an infrastructure bill that includes amnesty with a simple majority,” the Washington Examiner’s Paul Bedard noted.