Not a surprise: Report finds Department of Justice overwhelmingly Democrat

In a January 2018 tweet, President Donald Trump made a reference to what he called the “Deep State Justice Dept.” Analysts suggest it was Trump’s way of pointing out that federal law enforcement is part of an entrenched bureaucracy that the president and his supporters say didn’t want him to be elected and is actively working to undermine his presidency.

Federal Election Commission records confirm that, when it reaches into its very deep pockets for campaign donations to dole out, the deep state more often than not goes for the Left pocket. 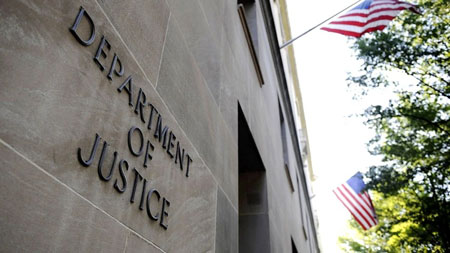 Campaign finance records show that Department of Justice employees — of which there are 113,000 — lean heavily to the Left when it comes to donating to political campaigns, a report said.

In the 2016 election cycle, DOJ employees ponied up $438,077 to Hillary Clinton’s failed campaign, compared to just $23,874 to the victorious Trump campaign, according to OpenSecrets.org, an arm of the Center for Responsive Politics.

Overall, DOJ employees contributed $819,454 to Democrats and $126,929 to Republicans in 2016, according to Federal Election Commission records.

During the Obama years, the share of DOJ workers’ money going to Democrats went from 63 percent in 2010 to 87 percent in 2016, the OpenSecrets report said.

In contrast, during the 2000 election cycle, a presidential year that saw George W. Bush win the White House, Justice employees gave more to Republican candidates, about $470,000 to $218,000.

It’s not just the DOJ’s employees, the report found.

The American Federation of Government Employees, a union representing 670,000 employees, gives over 90 percent of its campaign cash to Democrats, OpenSecrets said.