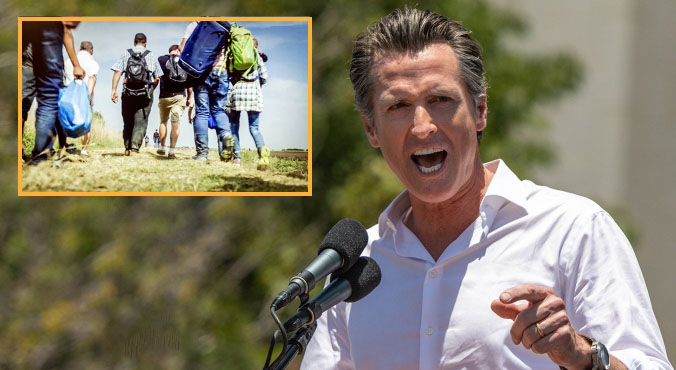 SACRAMENTO, CA — In a move to prevent Californians from fleeing by the millions, Gavin Newsom announced a ban on gasoline automobiles this week.

The law will make it so that Californians can’t drive away and escape the state in a matter of hours, forcing them to instead form migrant caravans and make the treacherous trek across the blistering deserts of the Southwest.

“Now, they’ll have to cross the desert on foot,” Newsom said as he handed down the order. “I’ll show them, trying to flee my progressive utopia! Ha ha ha ha ha!”