The residents of New Jersey have been subjected to some of the most restrictive coronavirus emergency orders in the nation. 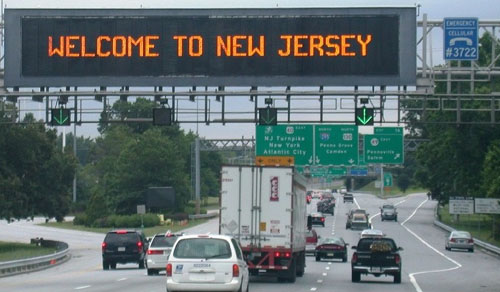 Now, Gov. Phil Murphy is forcing the taxpaying citizens of the state to pay for the lockdown he decreed.

“Not content with driving out its wealthiest with yet another tax hike on millionaires, New Jersey just made life for all of its residents, including lower and middle classes, more expensive when it quietly decided on Friday to hike the state’s fuel tax,” Zero Hedge reported.

The state’s Treasury Department said in a statement on Friday that the decision was necessary because tax revenue has fallen with fewer people on the road during the coronavirus pandemic.

Zero Hedge noted: “And so, in all its brilliance, the Garden State plans to make gas even more expensive and guarantee that there will be even fewer people on the road because even before covid, New Jersey was the state with the most foreclosures not because its residents are swimming in money but, well, the opposite. So why not make everyone even poorer?”

According to the New Jersey Treasury Department, the increased tax revenue will support and ensure the solvency of the state’s Transportation Trust Fund (TTF), which requires that approximately $2 billion be contributed each year, with adjustments based on a model that assumes an increase of $50 million annually for every penny added to the fuel tax, according NJ.com.

“As we’ve noted before, any changes in the gas tax rate are dictated by several factors that are beyond the control of the administration,” State Treasurer Elizabeth Maher Muoio said in a statement Friday. “The law enacted in 2016 contains a specific formula to ensure that revenue is meeting a certain target. When it does not, the gas tax rate has to be adjusted accordingly in order for us to meet our obligation under the law and fully fund the state’s many pressing transportation infrastructure needs.”

The last time the New Jersey tax was increased was in 2018, when Murphy raised the rate by 4.3 cents per gallon. When the latest increase takes effect, the fuel tax in New Jersey will have increased by more than 250 percent since the TTF was established in 2016.