The public has lost confidence in the NCAA after the college sports governing body’s decision not to punish the University of North Carolina after an investigation into academic fraud at the Chapel Hill institution, NCAA President Mark Emmert said on Oct. 30.

The fraud investigation involved 18 years of classes at the university that reportedly required little or no effort for athletes to pass. The NCAA decided on Oct. 13 not to punish UNC. 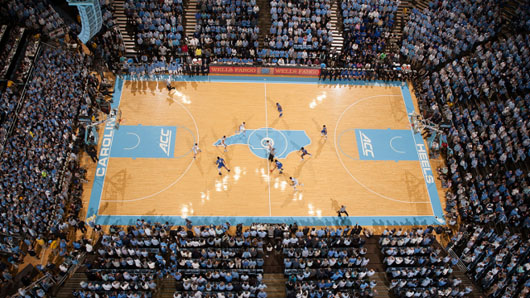 “We can all agree or disagree whether the Committee on Infractions made the right choice or the wrong choice,” Emmert said of the North Carolina case. “Only a small portion of Americans believe that was the right decision, and that North Carolina was being held accountable.”

While the classes that were the subject of the fraud investigation were open to all students at North Carolina, athletes were often steered to them by academic advisers who knew they were easy courses. Athletes enrolled in the classes at a much higher rate than the general student body.

“While student-athletes likely benefited from the so-called ‘paper courses’ offered by North Carolina, the information available in the record did not establish that the courses were solely created, offered and maintained as an orchestrated effort to benefit student-athletes,” said Greg Sankey, the Committee on Infractions chief hearing officer and commissioner of the Southeastern Conference.

Other universities that have been punished for what they consider lesser infractions said NCAA rules are applied differently in each case.

Syracuse basketball coach Jim Boeheim was held responsible and suspended for the actions of the college’s director of basketball operations who aided a former player in writing an academic paper. The NCAA found that only a professor and his secretary were responsible in the North Carolina case.

“Those are numbers that should cause us a lot of anxiety,” Emmert said. “We in higher education have got to make sure we are capable of self-governance because if we don’t somebody will.”

“We cannot go into the next basketball season without seeing fundamental change,” Emmert said. “The public doesn’t have significant confidence in any of us.”