Unless the NCAA is planning on merging all men’s and women’s athletic teams together, including locker room use, the college sports governing body has no leverage to insert itself in the debate over bathroom policies, North Carolina’s Republican Party said.

The GOP’s blistering rebuke came after the NCAA on Sept. 12 announced it would be relocating seven sports championships previously scheduled to take place in the state due to North Carolina’s House Bill 2 (HB2) legislation requiring people to use public restrooms aligned to the sex on their birth certificates. 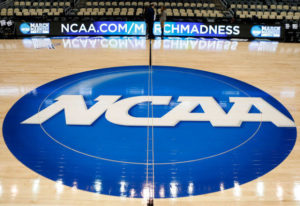 “This is so absurd it’s almost comical,” North Carolina GOP spokeswoman Kami Mueller said. “I genuinely look forward to the NCAA merging all men’s and women’s teams together as singular, unified, unisex teams. Under the NCAA’s logic, colleges should make cheerleaders and football players share bathrooms, showers and hotel rooms. This decision is an assault to female athletes across the nation. If you are unwilling to have women’s bathrooms and locker rooms, how do you have a women’s team?”

“I wish the NCAA was this concerned about the women who were raped at Baylor,” Mueller continued. “Perhaps the NCAA should stop with their political peacocking — and instead focus their energies on making sure our nation’s collegiate athletes are safe, both on and off the field.”

The NCAA justified its decision by saying HB2 conflicted with the NCAA’s institutional commitment to “fairness and inclusion.”

“Current North Carolina state laws make it challenging to guarantee the host communities can help deliver on that commitment if NCAA events remained in the state,” the NCAA said in a statement.

EqualityNC and the Human Rights Campaign (HRC) in a joint statement said the NCAA sent “a clear message to North Carolina Gov. Pat McCrory and state lawmakers that it will not tolerate hateful laws targeting student athletes, fans, and employees.”

“Every day that HB2 remains on the books, countless people across North Carolina are at risk of real harm,” HRC President Chad Griffin continued. “NCAA President Mark Emmert has shown tremendous leadership by taking a bold stand for equality in the face of discrimination. It’s long past time state lawmakers repealed this vile law, and if they don’t, the majority of voters opposed to HB2 will ensure they pay the price in November.”

“There is an expectation of privacy when women and children go into the shower or locker room, and it’s more than an expectation — it’s a right. And our elected officials have a duty to protect that right.