Parents of middle school students in North Carolina say a recent assignment given to 7th graders projected a pro-illegal immigration stance while saying those who oppose it are “bad,” a report said. 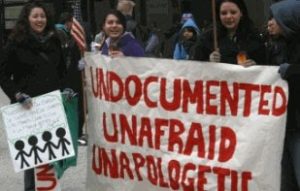 “The overwhelming thrust of the Teaching Tolerance hand-out is to paint illegal immigration as ‘good’ and opposition as ‘bad’ using a series of ‘myths’ which are not really addressed, but instead white-washed,” the report said.

A parent who did not wish to be named told American Lens that the illegal immigration lesson included verbal instruction which centered on how students can “help make their school a sanctuary” and how to “aid illegal students to hide from ICE.’ ”

The parent said that, “this is a biased, selective and simplistic view of illegal immigration, the nuances of which are hard for most adults to dive into and comprehend, much less a kid in 7th grade.”

Chapel Hill-Carrboro schools Communications Director Jeff Nash told American Lens that the middle school coordinator told him that the curriculum was approved and recommended by the NC Department of Public Instruction (NCDPI).

American Lens noted in a previous report that the Southern Poverty Law Center (SPLC) was dropped by the FBI as a resource for investigating hate crimes after the center’s “hate map” was used by a man to attempt a mass shooting in 2012.