There will be no valedictorians at high schools in Wake County, North Carolina when students get their diplomas in the coming weeks.

Not because the title wasn’t earned by students in the large county surrounding the state capital in Raleigh. 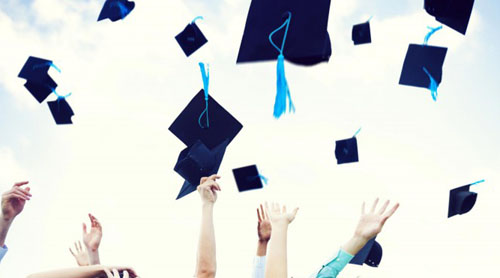 Beginning this year, the county’s schools will no longer single out valedictorians and salutatorians for special recognition due to what school officials say is “unhealthy competition.”

“High schools have changed how they pick speakers since time won’t automatically go to the seniors with the two highest grade-point averages,” Robert Willett noted in a May 17 report for the Raleigh News & Observer. “Some schools are also banning seniors from wearing special tassels and cords associated with honor societies and clubs.”

Many were critical of the decision.

“Many parents with these graduation accolades have joined in on FB (Facebook) stating they still have their stoles, their cords or collars that they earned,’” said Kelly DeBrosse, a Sanderson High School parent. “These are memorabilia, small tokens for years of hard work. To remove them is to remove the future students role models, to diminish accomplishment.”

The action got national attention from conservative commentators.

“Competition is a reality of life, whether these hippies like it or not,” wrote Katherine Timpf, a reporter with the conservative magazine National Review. “The kid with the top GPA is still going to have the top GPA, no matter what you call (or don’t call) him or her for having it.

“Class ranking is a competition, and the kid at the top is the winner.”

Rush Limbaugh had this to say about the county’s action: “The Left is all about lowering everybody so that everybody is equal and the same. So you punish achievement, raise their taxes, you eliminate their awards, you stop recognizing them, you eliminate classes where they can excel, and you just dumb everybody down.”

Williett’s report noted that Wake County “switched to the Latin Honors system, which is modeled on how colleges and universities recognize top achievers. This school year marks the first time the new system is being used to recognize graduates.”

“The Wake County school system is requiring high schools to provide stoles that can be worn around the necks of seniors who qualify for Latin honors. But aside from that, the district says individual schools will decide what students may wear at graduation,” Willett noted.

“Why is it necessary for everyone to look exactly the same walking across the stage?” Johnson said. “Why are they eliminating the proper recognition of students?”

DeBrosse, the Sanderson parent, has taken to social media as well as meeting with Greg Decker, the principal, to voice her concerns. She said Sanderson is not letting the seniors celebrate their academic wins.

“It sickens me to think these are the very people trusted to instill values in students,” DeBrosse said. “They have no values of their own that is clear. The very people that have seasonal large trophies and dinners and banquets for sports. It’s very clear where the emphasis lies and it is not on the academic side of things to say the least.”

Some Wake County high schools, Willett’s report noted, have continued the tradition of giving speaking slots to graduates who would have been the valedictorian and salutatorian.

Wakefield High School was among the schools that held a competition for seniors to try to win the speaking slots, the report said.

“There are a lot of students with something to offer and something that can be expressed that students would find profound,” Wakefield Principal Malik Bazzell said. “Just because they have the top honors doesn’t mean [the valedictorian and salutatorian] connect with the class or are the best speakers.”