North Carolina state House Speaker Tim Moore last night introduced a bill that could lead to an amendment to the state’s constitution that would require photo identification for voters.

Currently, North Carolina is one of 18 states that do not require any form of Voter ID at the polls. 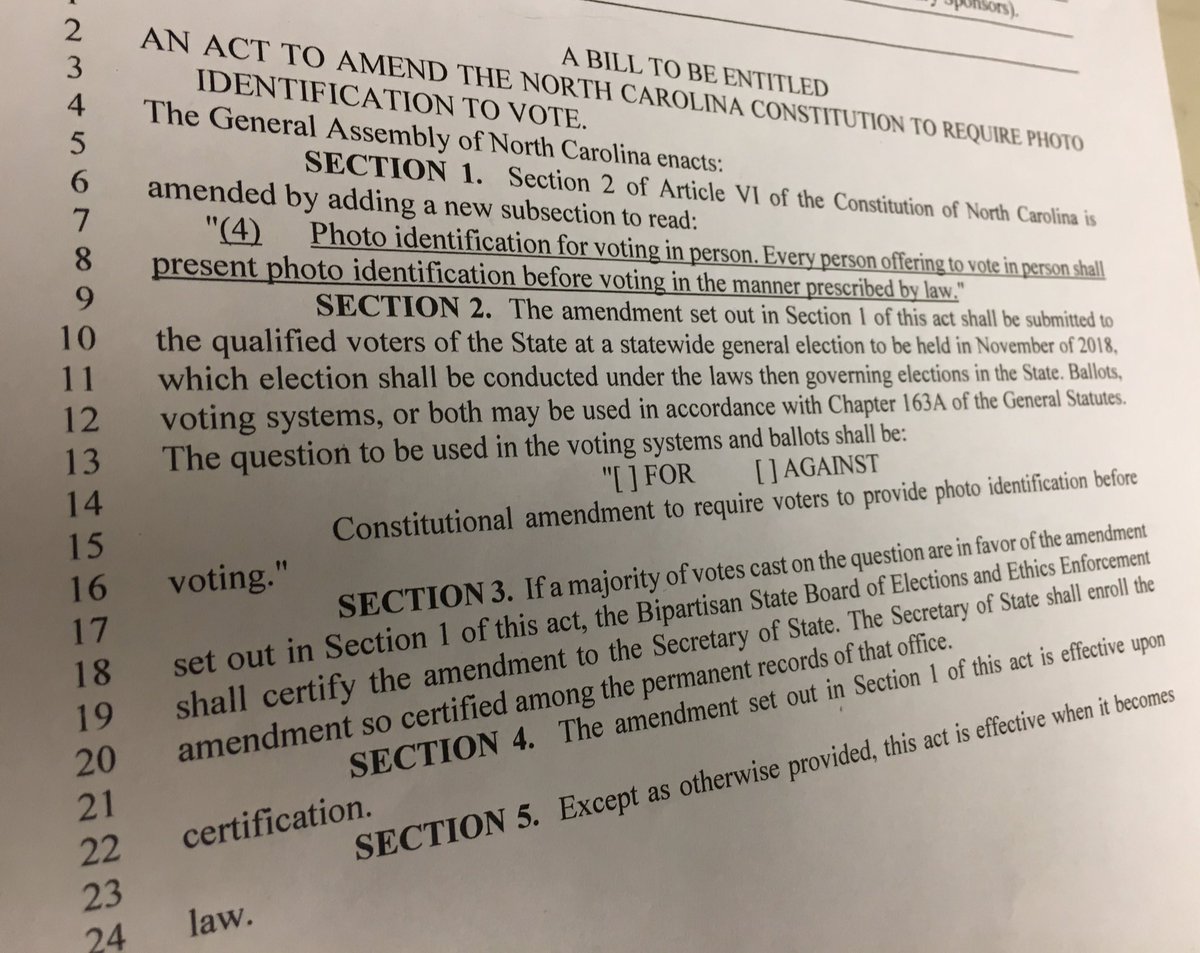 “This commonsense measure to secure the integrity of our elections system is supported by the vast majority of North Carolinians who know protecting our democracy should be one of lawmakers’ highest priorities,” Moore said.

But Voter Integrity Project Director Jay DeLancy warned the Wake County Republican Club on June 11 that “so called ‘progressive’ organizations will raise $2-plus million to try and kill this ballot measure.”

“The U.S. Supreme Court has paved the way for states to enact Voter ID laws and NC will no doubt enact one. But without the Voter ID Amendment, our partisan NC Supreme Court will overturn the state law,” DeLancy said.

At a news conference in Raleigh on June 11, the North Carolina NAACP called on Apple and Amazon not to move to North Carolina as long as Voter ID is being considered.

A three-fifths majority in both chambers of legislature would be required for the measure to pass and go on the ballot in November. The legislation would not be subject to a veto by Gov. Roy Cooper.

NC Rep. Michele Presnell, a primary sponsor of the legislation, said “Citizens are increasingly concerned about attempts to subvert our elections process, and it is incumbent upon government officials to safeguard public perception of our democracy as well as the actual ballots cast.”

NC Rep. John Sauls, another lead sponsor the legislation, said “Our state must not tolerate anyone’s vote being threatened because lawmakers failed to prevent fraud.”

Allison Riggs, an attorney with the Southern Coalition for Social Justice who argued against the 2013 law, said in a statement in response to the new legislation that legislators are “trying to trick voters into doing their dirty work for them.”

“This is an obvious effort to implement a policy that has been shot down as being racially discriminatory,” Riggs said.