The number of election fraud cases in Texas hit an “all-time high” in 2020 and a large majority of the fraud cases involved mail-in ballots, according to the state attorney general’s office. 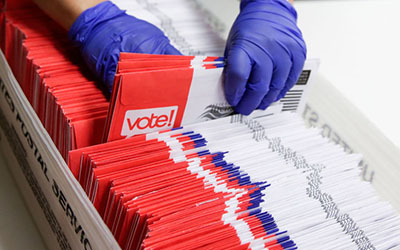 The number of cases is “higher than our historical average by a long shot,” Jonathan White, the head of the election fraud agency within the Texas Attorney General’s Special Prosecution Division, told the Texas House Elections Committee last week.

The new law will require voters who have disabilities to prove that they can’t access polls in person in order to qualify for a mail-in ballot.

The law would also require authorization from top state leaders to be alerted about any private funding of more than $1,000 that is given to election departments.

Related: The Zuckerberg heist: Their voice is your vote, January 6, 2021