Some of the pension assets of American workers and retirees are being funneled to companies tied to the Chinese Communist Party (CCP), according to the U.S. State Department. 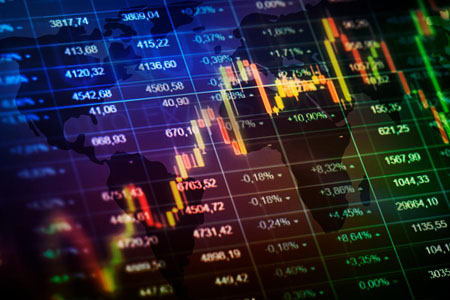 More than 20 Chinese companies tied to the CCP and the People’s Liberation Army (PLA) are supported by the funds traded on U.S. market indexes, the State Department said in a fact sheet released on Dec. 5.

Communist China’s national strategy called “Military-Civil Fusion” uses Chinese companies to strengthen the PLA. The U.S. Department of Defense this year blacklisted 31 Chinese firms that are owned or controlled by the PLA.

“Under Chinese law, Chinese companies and researchers must — under penalty of law — share technology with the Chinese military. The goal is to ensure that the People’s Liberation Army has military dominance,” U.S. Secretary of State Mike Pompeo stated in the fact sheet.

Among the Chinese companies listed on the U.S. indexes are the Aviation Industry Corp. of China (2357.HK) and China Unicom (0762.HK), which are known for supporting the CCP’s aggressive military activity in the South China Sea.

According to the fact sheet, another company tied to China’s military and whose shares are included in both the MSCI and FTSE indexes is surveillance equipment manufacturer Hangzhou Hikvision Digital Technology Co. Ltd. (002415.SZ). The company was accused by the U.S. government last year of being implicated in human rights violations in China.

Hangzhou Hikvision, Dahua Technology, IFLYTEK, and FiberHome Technologies Group are prominent examples of Chinese companies “with widely recognized ties to the oppression of Uyghurs that benefit from inclusion in the MSCI and/or FTSE stock indices,” according to the fact sheet.

FTSE Russell announced on Dec. 4 that it would drop shares of eight Chinese companies including Hangzhou Hikvision, China Railway Construction Corp., and China Spacesat. These companies’ shares will be removed from its FTSE Global Equity Index Series and several others effective Dec. 21.

Index providers MSCI and JPMorgan also may take similar actions against the Chinese blacklisted companies as they’re currently in the process of collecting investor feedback, The Wall Street Journal reported on Dec. 4.