Messed up: 21 percent of NY primary mail-in ballots were disqualified

More than 84,000 mail-in ballots in New York City’s Democratic presidential primary were disqualified, the city’s Board of Elections said. 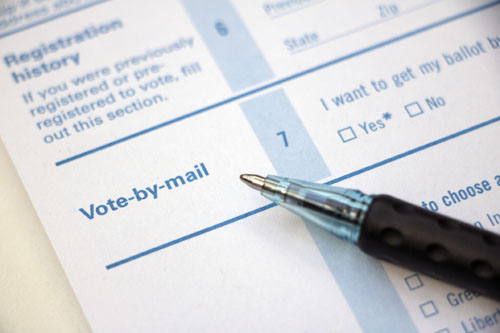 The Board of Elections reported that it received 403,103 mail-in ballots for the June 23 primary. The certified results released on Aug. 5 revealed that 318,995 mail-in ballots were counted.

That means 84,108 ballots were not counted or invalidated — 21 percent of the total.

“One out of four mail-in ballots were disqualified for arriving late, lacking a postmark or failing to include a voter’s signature, or other defects,” the New York Post reported.

The Post reported on Aug. 4 that roughly 30,000 mail-in ballots were invalidated in Brooklyn alone.

The high invalidation rate “is astounding. It’s very troubling,” said Arthur Schwartz, who represented several candidates in a federal lawsuit claiming voters were disenfranchised over the Board of Election’s and Postal Service’s handling of ballots.

New York Gov. Andrew Cuomo signed an executive order to make it easier to vote by mail-in or absentee ballot. The Post noted that the state “also footed the bill by providing pre-paid envelopes for voters to mail the ballots. The mess included votes not being counted because the pre-paid ballot envelopes were not postmarked.”

Schwartz said scores of ballots were tossed out because the voters failed to sign the interior envelope that came with it.

But he said it wasn’t the voters’ fault. “The envelope with directions for the signature was so poorly designed.”

City lawyers admitted in Manhattan federal court last week that they were still mailing absentee ballots the day before the June primary, leaving little chance they could reach voters in time, the Post noted.