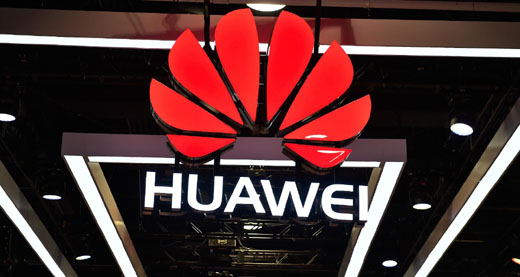 Trump’s State Department emphasized that the Chinese Communist Party (CCP) uses Huawei as an “instrument not only for making money but also for pursuing the Party-State’s agenda and fulfilling its strategic objectives […] deeply enmeshed in Beijing’s system of oppression at home and its increasingly assertive strategic ambitions globally.”

The U.S. Department of Defense under Trump noted that Huawei routinely provides the communist regime in Beijing backdoor access to its products, networks, and devices.

Podesta, who has known Joe Biden for decades and is close with a number of his advisers, will now be lobbying Team Biden on behalf of the Chinese tech giant which in February 2020 was charged by the U.S. Department of Justice with violating the Racketeer Influenced and Corrupt Organizations Act, or RICO — a key DOJ tool for going after organized crime.

He also “lives down the street from former President Barack Obama in the glitzy D.C. neighborhood of Kalorama. His brother John was a counselor for Obama as well as chief of staff to President Bill Clinton,” Politico noted.

The Biden White House, has taken a considerably softer approach to the company, as Reuters notes:

Huawei, the world’s largest telecommunications equipment maker, has been hobbled by trade restrictions imposed by the Trump administration on the sale of chips and other components used in its network gear and smartphones businesses. The Biden administration has been reinforcing the hard line on exports to Huawei, denying licenses to sell chips to Huawei for use in or with 5g devices. But in recent weeks and months, people familiar with the application process told Reuters the U.S. has granted licenses authorizing suppliers to sell chips to Huawei for such vehicle components as video screens and sensors.

Citing Chinese analysts, the Global Times said the Biden administration can be expected to approve more sale licenses because restrictions on Huawei are hurting U.S. suppliers and American companies more than the Chinese electronics giant:

Before being put on a blacklist by the Trump administration, Huawei was one of the U.S. chip sector’s biggest customers. It spent around $12 billion a year buying chips from the U.S., and contributed 40,000 U.S. jobs, according to media reports. Over the past two years, although the ban was designed to hurt Huawei, those curbs actually hurt many American businesses.

“The U.S. will relax chip bans on Huawei in the future; since it has already realized that its sanctions could be less threatening to the Chinese firm’s overall business than previously thought, and U.S. firms’ businesses also hinge on the company,” Ma Jihua, a close Huawei follower and a veteran industry analyst, told the Global Times on Wednesday.

Moreover, the sanctions imposed on Huawei are hurting the global semiconductor industry because they have disrupted trust among participants in the sector, and also led to panic stockpiling among firms over the last two years, Ma said.

Breitbart News noted: “The Biden administration approved hundreds of millions of dollars in chip sales to Huawei even though American auto companies and American factories for overseas brands like Toyota and Nissan are scaling back production and temporarily shutting down their operations because they cannot get enough of the chips needed for modern auto electronics.”