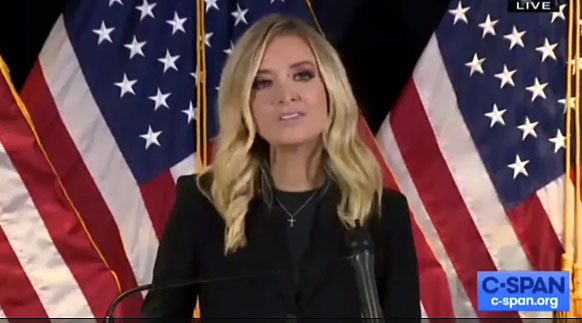 Trump’s campaign held a press conference on Monday night to make sure their message came through: the election is not over because the results are in dispute.

Press Secretary Kayleigh McEnany asked, “what are Pennsylvania Democrats hiding? Why can’t poll watchers simply observe the count?” … McEnany lit into the the media saying, “our position is clear. We want to protect the franchise of the American people. We want an honest, accurate, lawful count. We want maximum sunlight. We want maximum transparency. We want every legal vote to be counted, and we want every illegal vote to be discarded. Unlike our opponents, we have nothing to hide.” …