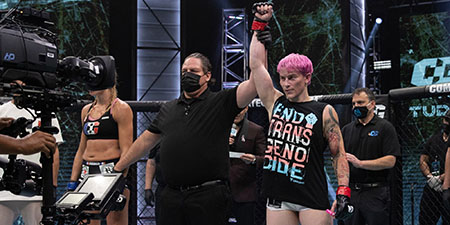 Alana McLaughlin, the second openly transgender fighter to compete in MMA in the U.S., won via submission over Celine Provost at the Combate Global prelims in Miami.

The 38-year-old McLaughlin used a rear-naked choke against Provost to end the match in the second round, reports say.

“The mat was covered in blood after McLaughlin beat the crap out of Celine Provost,” the Gateway Pundit noted.

“I want to pick up the mantle that Fallon put down,” McLaughlin told Outsports before the fight, referring to Fallon Fox, a fellow “transgender” MMA fighter. “Right now, I’m following in Fallon’s footsteps. I’m just another step along the way and it’s my great hope that there are more to follow behind me.” 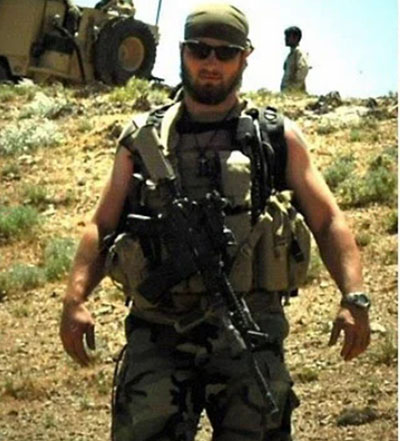 Good morning, friends, supporters and others! I’m getting a lot of variations of the same nasty messages calling me a cheater like I didn’t just get beat on for a round and a half. Y’all need to show Céline Provost some respect and take your concern trolling elsewhere. (1/2) pic.twitter.com/GFhk55YeJm