When four armed men broke into his residence, a homeowner in Lacombe, Louisiana retrieved his gun and shot all four intruders, killing two of them, local media reported. 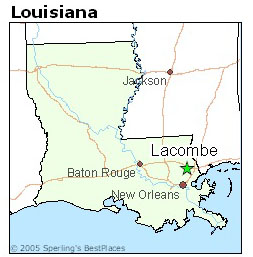 The report by WVUE said the homeowner’s 4-year-old daughter was struck by a bullet in the crossfire, but added that family members said she was treated at a local hospital and is expected to be OK.

The homeowner won’t face charges at this time, the report said. A relative told WVUE the homeowner may have been pistol-whipped before he fired at the intruders.

The surviving suspects — Renard Causey Sr. and Jason Leblanc — both face charges of first-degree murder, armed robbery, and home invasion, the station reported. The murder charges reportedly resulted from the two men’s accomplices being fatally shot. Both men will be booked after they are released from the hospital.

The incident occurred on Dec. 8 in Lacombe, which is about an hour’s drive north of — and directly across Lake Pontchartrain from — New Orleans.