Americans are buying firearms in record numbers as more and more state and local governments issue stay-at-home orders amid the coronavirus outbreak. 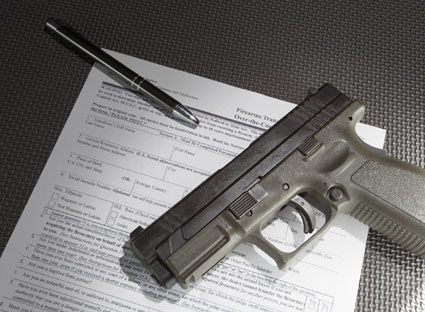 Small Arms Analytics and Forecasting (SAAF), which compiles firearms sale statistics, estimates that a total of 2,583,328 guns were sold in March.

There have been 9,245,857 background checks, which are mostly for gun purchases, thus far in 2020. That figure is higher than the nation’s total gun background checks for every year from 1988-2005.

“Industry officials said that handguns, rifles, AR-style weapons, and ammunition flew off the shelves when states and the federal government started to lock down communities. Many who purchased weapons said they were worried the lockdowns would create chaos or riots,” columnist Paul Bedard wrote for the Washington Examiner on April 1.

“Anecdotal information from gun dealers indicated that most of those guns were AR- and AK-style rifles and shotguns,” Bedard wrote.

Justin Anderson, the marketing director for Hyatt Guns in Charlotte, North Carolina, one of the nation’s largest, told Bedard that there was a line out the door for a week. “Our daily business literally quadrupled, and we had three record days in a row. Self-defense guns, including AR-15s and shotguns, and ammo are the hot commodities.”

Anderson added: “Suffice to say, it’s been crazier than I have ever seen it in 13 years in this business!”