Lockdown limbo or reopen the economy?

Can we economically sustain a prolonged lockdown?  Well the stunningly high unemployment numbers for April, just over 20 million lost jobs, should answer that question and serve as yet another jolting wake-up call that while we are wisely protecting ourselves from wider exposure to the deadly coronavirus, the consequence has sent us into an economic free fall.

There’s tragic irony here.  Just two months ago, U.S. unemployment numbers stood at 3.5 percent, the lowest in fifty years.  Merely two months later by May those numbers spiked to 14.7 percent, the highest since 1940!  And the result came by our own choice; shutting down a powerful American economy to shelter in place from a deadly “unseen enemy,” a virus called COVID-19. 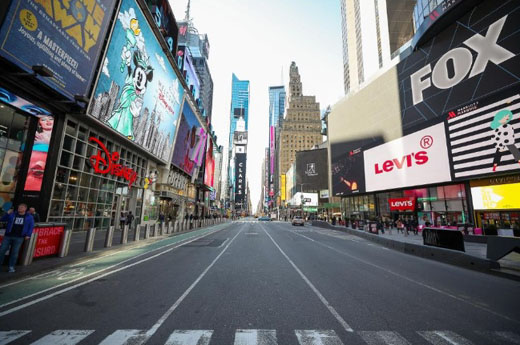 It’s not the workers fault, it’s not that the companies failed, nor did the markets disappear. Rather a myriad of regulations and emergency decrees by State Governors, to contain the “unseen enemy” have created the unintended consequence of handing the virus another victory.

Clearly the initial lockdowns were needed as to assess a developing and dangerous health pandemic which started in Wuhan China, spread into and ravished parts of Western Europe and then reached the USA.

Now through the immense sacrifice of first responders and health care professionals, the situation is changing for the better; the USA has largely reached the plateau of infections, still  over one million, yet with a grim death toll of 80,000 so far.

But let’s look at the lockdown Limbo for a moment.  Spring has started and the country is turning green rapidly; yet large areas are still in a strange form of limbo.  Emotional stress and angst weigh heavy on the population.  Small business, an engine of the American economy and employment, is still sidetracked.

States like Michigan, Texas and Florida are bristling to get back to work. Yet urban centers like New York and Los Angeles must say, not yet. But, there are huge areas of America in between where infection rates are low and where reasonably normal business activity can soon resume with prudence. Business and workers must return only when they feel safe enough.

The economy which was in high gear a few months ago, remains in first gear and hesitatingly debates about shifting up to second.  Yes, we must cautiously take the proverbial baby steps.

President Donald Trump presses for a careful reopening of the economy; others push back using the mantra of fear and the mantle of “science” in stating somberly the lockdown must continue!

Case and point. Vermont is a small rural New England state, blessed by beauty but cursed by high taxes.  Just six months ago, Vermont had the lowest unemployment rate in the USA!  Now in May, Vermont, highly dependent on tourism and service industries, still ranks number one for having the nation’s highest unemployment claims growth rate rise of 23.8 percent!

Neighboring New Hampshire comes in at 15.8 percent.  During the past few months of coronavirus, the Vermont economy lost 81,500 jobs from its base of 342,000 workers. Fortunately, Vermont escaped the worst of Corona with under 1,000 infections and 53 fatalities.

High school, College and University commencements, a joyous and bright time for students, have been cancelled or postponed or gone online.  The same students who over the past few years could finally expect to enter the workforce in a robust economy are now in a limbo not of their own choosing.  A time for proms, parties, and the sports of Spring, has been switched over to Zoom, Netflix, and Social distancing.

The entire lockdown limbo has created paranoia amongst us.  Social distancing has morphed into social control where in many urban settings there’s a collective dependence on the State gone drunk with power.

To wear or not to wear a hygienic mask?  After getting a few glowers at the supermarket, I too dutifully donned a cotton kerchief!  This has created yet another Us and Them divide, as virtuous mainstream media and empowered bureaucrats feed us a fearful narrative.

In the meantime, the “emergency regulations” in some states flout Constitutional Rights and Civil Liberties.  Freedom of Movement, Freedom of Assembly, even Freedom of Worship remain in lockdown limbo as we continue fighting the “unseen enemy.”

But a weak U.S. also means a weaker world economy. It’s imperative to revive a stronger U.S. economy lest the “unseen enemy” gains yet another victory.