Attorney Lin Wood is asking all Georgia residents who cast a military ballot in the 2020 election to contact his office. 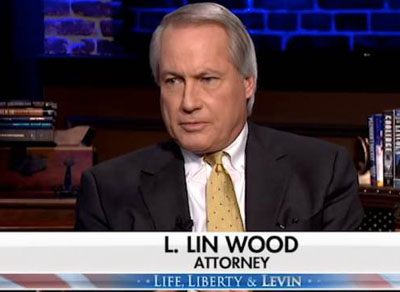 Wood made the request after discovering that all 900 military ballots cast in Fulton County were cast for Joe Biden.

In his lawsuit on election fraud in Georgia, Wood noted:

“In addition to the alternative requests for relief in the preceding paragraphs, hereby restated, Plaintiffs week a permanent injunction requiring the County Election Boards to invalidate ballots cast by: 1) voters whose signatures on their registrations have not been matched with ballot, envelope and voter registration check; 2) all ‘dead votes’; and 3) all 900 military ballots in Fulton County that supposedly were 100% for Joe Biden.”

Wood tweeted: “I need some help from GA Patriots. I need identity of any GA voter who cast a MILITARY ABSENTEE BALLOT. If you cast such a ballot or know someone who did, please email me at lwood@fightback.law. We The People will take action to secure our votes.”

Author Stephen Mosher noted on Twitter: “Fun Fraud Fact of the Day: ‘All 900 military ballots in Fulton County [Georgia] were 100% for Joe Biden.’ In what alternate universe does this happen?”