Limbaugh’s advice to 15-year-old conservative: ‘They don’t have the moral high ground’

During his June 29 radio broadcast, Rush Limbaugh took a question from a 15-year-old conservative caller.

The caller asked: “What actions can average Americans, both older Americans and younger Americans, take to help our country during all this chaos? And also, what can we do to combat the progressive liberal agenda before the November elections?” 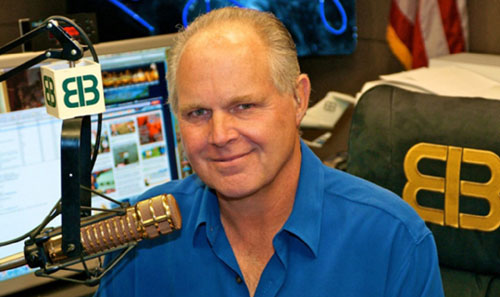 Limbaugh responded: “You just have to stand up to it. I think they’ve got everything cowed into being afraid of ’em. I’m not trying to put people in dangerous situations, but you don’t have to be afraid to tell these people what you think, and you don’t have to think you have to run the other way from them. You can choose to disengage if you want to. Don’t misunderstand. But if you think there might be value in engaging them, then I don’t think you should be afraid to.

“I wouldn’t cede the moral high ground to these people. They don’t own the moral high ground. They’re acting on a bunch of things that are not true. They have been lied to. They’ve been mal-, ill-educated, and they have also been taught to use violence to intimidate and manipulate people.”

The caller then noted how she lived in a state, Oregon, where most counties are Republican but the population centers, and therefore the state, are controlled by Democrats.

“They’re letting their own people down. Their own police forces are committing murder against African-Americans, Democrat-run police departments, Democrat-run cities and states. This is what everybody needs to know. These people have no moral high ground out there.”

The caller said: “Right. And, you know, our state, it’s dumb because you look at our state, our governor, we’re in, I believe, stage 2 reopening and she says we’re not gonna be able to reopen until we get a vaccine, and at this point we don’t know… We kind of know —”