Congress continues to pass massive spending bills in the dead of night and is content to hide exactly what is contained in those bills from the voters who elected them, host Mark Levin said Sunday on Fox News Channel’s “Life, Liberty & Levin”. 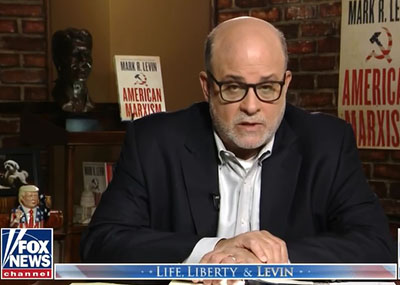 The American voter is being sold out by their representatives and the United States has “less liberty today than we did before the Revolutionary War,” Levin said.

“I was thinking about this before the show. Do you realize we have, in many respects, less liberty today than we did before the Revolutionary War?” Levin said. “Look at taxation. Look at taxation. It’s a disaster. Think about it prior to the Revolutionary War. Look at representation. Do we have representation today? Have you even tried to meet your member of Congress lately? It’s impossible. And if you do meet your representative, what are you going to tell them? They are passing 2,700 pages of omnibus spending bills, and they’re doing it in the middle of the night. You have no idea what’s in those bills. That is less liberty than you had when we didn’t have representation because what happens here is you get to vote, but you don’t get to know anything. And that is the great irony of what is taking place.”

Levin, author of “American Marxism,” directed some heavy criticism at the 19 Senate Republicans who joined Democrats to pass the $1.2 million “infrastructure” bill.

“The Democrat Party has decided that it is going to take control of this country, and it is going to take control of this society and every aspect of this culture,” he continued. “And it is doing so devouring one piece at a time. And we have reached a pinnacle now where we either claw our way back, or we are going to lose the country. Is it too much to ask the 19 Republicans of the United States Senate who sold out at least half of the American people to vote the right way? You know, you look at the founders of this country; they put their lives and their fortunes on the line. All we ask them to do is vote the right way, and they can’t do it — led by Mitch McConnell, the McConnell Republicans, all 19 of them. Thirty did the right thing, but McConnell leads a minority of a minority — 19. And he helped grease the skids for what’s going to be a massive expansion of already a massive welfare state. And most of our laws are not made by Congress. They’re made by this massive welfare state — unelected bureaucrats, millions of them, who work in allegiance to and alliance with the Democrat Party.”

Levin later added the “McConnell Republicans” voting with the Democrats “laid way for what is now a massive transformation of America that will make the FDR New Deal look like a walk in the park,”