A Democrat lawmaker has introduced a bill in the California Assembly that would replace either George Washington or Abraham Lincoln’s birthday with International Socialist Workers’ Day. 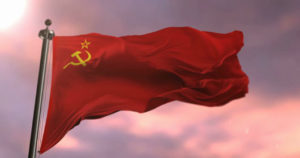 The bill, introduced by Assemblyman Miguel Santiago, would allow schools to replace Washington Day and Lincoln Day with Presidents’ Day and install an “International Workers’ Day” – conventionally known as “May Day” – as a paid holiday, according to a May 11 report by The Daily Caller.

“I’m aghast that a bill like this would be able to get through committee,” California Republican Assemblyman Matthew Harper said to the Assembly. “Are we in competition to be the laughing stock of the United States?”

“Are we going that far to the left?” Harper asked. “This is ridiculous; this is insane; this is un-American. And for folks who think that the U.S. won the Cold War with the Soviet Union, this makes it sound like we’re going in the other direction – that indeed California is kowtowing to the Soviet domination of the Cold War.”

The Assembly on May 10 read the bill three times and refused to pass it by a 27-22 vote. But Santiago submitted a motion to reconsider it on the same day.