LeBron James bowed to China for years, and China still hasn’t decided if it will show his awful movie

Most critics agree that “Space Jam: A New Legacy”, starring NBA star LeBron James, is an airball. Some even suggest it is one of the worst movies ever made. 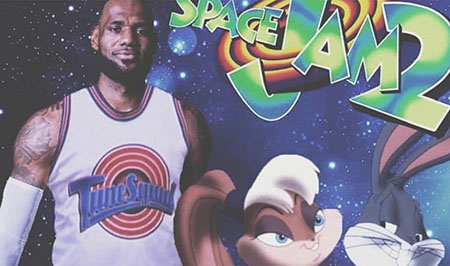 James has been sucking up to the communists for three years in the belief that “Space Jam” would be a huge cash cow at the Chinese box office.

One of pro sports’ most outspoken social justice warriors, James has refused to call out China for its many heinous human rights abuses. He even criticized Houston Rockets’ executive Daryl Morey after Morey had indicated support for pro-democracy activists in Hong Kong.

So, is Lebron’s bowing for bucks going to pay off?

The Chinese Communist Party (CCP), which makes all such decisions, has yet to grant the new “Space Jam” a release date.

Clay Travis, founder of Outkick.com, tweeted: ” ‘Space Jam’ cost $200 million to make and market and is expected to earn only $60-70 million without a release in China.”

Another problem, critics say, is that the movie has already been released in the United States.

LeBron’s movie “may yet make it past Chinese censors, but given that it is now out in the U.S. and therefore making its way onto pirate sites worldwide, it will be too late for Warner Bros. to score big bucks from that market,” Megan Basham wrote for The Daily Wire.

If the Xi Jinping regime continues to refuse a release date for the movie, will James then criticize the communists? Don’t bet on it.

Bobby Burack of Outkick.com noted: “While this kick in the nuts from Chairman Xi undoubtedly hurts, don’t expect LeBron to criticize China for refusing to carry his movie. LeBron still needs Xi for his Nike brand.”

and China still hasn’t decided if it will show his awful movie, LeBron James bowed to China for years, Space Jam: A New Legacy, WorldTribune.com