Add some of the most restrictive covid lockdowns in the nation to an already high tax rate and stifling regulations and you have the ingredients for a mass exodus from California. 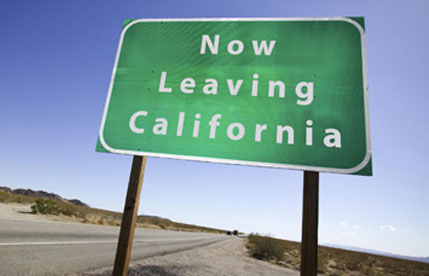 So many residents are fleeing the Golden State that a demographer is projecting it will lose a seat in Congress and an Electoral College vote, the Washington Examiner reported on Dec. 18.

“This is a real sea change in California, which used to be this state of pretty robust population growth,” said Hans Johnson of the Public Policy Institute of California.

Stephanie Morris, her husband and their three children decided to leave Modesto for Salt Lake City, Utah. “I have to keep reminding myself that I’m not moving out of California to a third-world country,” Morris told CalMatters in September. “I’m leaving a third-world country to join America.”

Businesses are also fleeing California as well. Tesla CEO Elon Musk is among the notable business leaders who left California for no-income-tax Texas this year. Hewlett Packard and Oracle are also leaving the Golden State for Texas, taking tens of thousands of jobs with them.

Californians are also frustrated with state and local governments over strict coronavirus lockdown orders. A recall effort aimed at removing Democrat Gov. Gavin Newsom from office has gained enough steam to cause his team concern.

The coronavirus pandemic has also forced many in California to work from home, which makes living close to work less important and a potential move easier to commit to, especially when the same salary can be earned in a less expensive state.

“I never wanted to leave California,” said San Francisco real estate broker Scott Fuller, who has lived in the state since 1983. “It’s the most beautiful state with the best climate. I think the tipping point was continued tax increases and even more proposed tax increases. … I have absolutely no regrets.”

“It’s really sped up the out-migration quite a bit,” Fuller said about the shift to remote employment. “People have options now, and you pair that with people’s frustration on several different levels — I don’t see it changing.”