The Amistad Project has filed a lawsuit which would block approving electoral votes from Arizona, Georgia, Michigan, Pennsylvania, and Wisconsin until their legislatures meet in a joint session to vote to certify their electors. 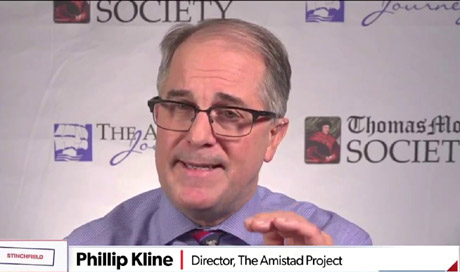 Governors in those states have used covid as an excuse to urge their legislatures to shut down, and legislative leaders agreed, the Amistad Project argued.

The lawsuit filed in Washington on Tuesday requires the five governors to open their legislatures to vote on presidential electors.

“Governors do not have a right to certify election results through fiat,” said Phill Kline, director of the Amistad Project.

Amistad said that state legislatures have the constitutional duty to approve the electors and should reopen to do so instead of letting the presidential election results stand.

“Kings and queens dissolve parliaments and legislative bodies, not governors,” Kline said. “At least that was the case until this year. Governors in these contested states have declared themselves to be the law due to covid and are now actively preventing the state legislatures from exercising their constitutional authority to review the election process.”

The lawsuit argues that current federal and local statutes interfere with state legislatures’ constitutional right to certify presidential electors, in a direct violation of separation of powers. It also cites an Amistad Project white paper which illustrates how the Electoral College vote deadline of Dec. 14 is arbitrary and does not apply to the contested states.

“The governor of Pennsylvania is refusing to allow the legislature there to meet, while in Michigan the attorney general is threatening legislators who disagree with certification with criminal investigation, and Gov. Whitmer uses covid – and later a non-existent threat – as an excuse to prevent Republicans in the Michigan legislature from entering the Capitol Building while Democrats were allowed in the building to vote on certification,” Kline said.

The lawsuit seeks to ensure that the Vice President and Congress do not count presidential elector votes from Arizona, Georgia, Michigan, Pennsylvania, and Wisconsin, until those states’ legislature are able to meet in a joint session to vote to certify their electors.