A long list of unanswered questions remains nearly a month after the massacre in Las Vegas that left 58 people dead and more than 500 injured.

“It doesn’t matter,” FBI spokeswoman Sandra Breault told the Las Vegas Review-Journal when asked why there had been no significant updates in two weeks. “It’s an ongoing investigation, and unless there’s something to report, there will not be a briefing.” 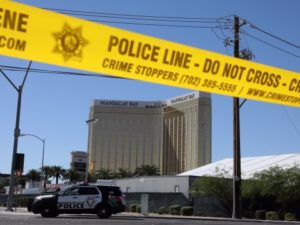 Since Oct. 13, the last time the Las Vegas police or the FBI addressed the media or public, the only person who has shed any semblance of more light on the investigation is Mandalay Bay security guard Jesus Campos, who was shot in the leg while approaching Paddock’s room. His platform to share that information? “The Ellen DeGeneres Show,” which aired last week. He hasn’t made himself available to the media since.

Among the unanswered questions:

“Investigators have made progress on investigative leads and in mapping out Stephen Paddock’s life for the last few years – and they’re still not done,” Las Vegas Police Department director of communications Carla Alston told the Las Vegas Review-Journal. “We still have officers dedicated to this case 24/7.”

Alston said the public has a right to know more, “but they have a right to accurate information and not the speculation … that has filled so many news stories the past month.”