In perhaps the latest sign of an establishment Washington, D.C. entity becoming further and further removed from local America, the Kansas Chamber of Commerce on May 17 announced that it was cutting all ties to the national U.S. Chamber of Commerce. 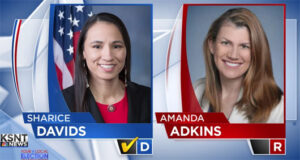 The move was triggered by the U.S. Chamber’s 2020 endorsement of Democratic Rep. Sharice Davids (D-KS). The decision to back the first-term Democrat “caught Kansas business leaders by surprise last year,” the Kansas City Star reports.

“Davids’ Republican opponent in the 3rd Congressional District, long-time Cerner executive Amanda Adkins, had served on the board of the state chamber for 12 years,” the paper reports.

“The U.S. Chamber’s endorsement of Davids and other Democrats represented a strategic shift intended to curry favor with Democrats in anticipation that they would maintain their House majority,” the Star states.

“It also came after years of tension with then-President Donald Trump’s administration on trade policy, which put a strain on the decades-long alliance between Republicans and the business community.”

The break-up makes a convincing case that the U.S. Chamber’s increasingly strident globalist economic priorities, marked by virulent opposition to Trump’s America First populist agenda, appear to take precedence over the time-worn tradition of supporting the local branches of its own network.

“Kansas officials complained their input was ignored during the [endorsement] process,” the Star reports.

“We’d love to be a partner, but you’ve got to treat us as a partner and that just didn’t occur,” Kansas Chamber President Alan Cobb stated.

The U.S. Chamber endorsed a total of 22 freshman House Democrats in 2020, the Star observes, as Democrats retained control of the lower chamber.

Davids, a Native American former mixed martial artist, has aligned herself to a certain degree with the Old Guard wing of the Democratic Party. She serves as Vice Chair for Member Services for the establishment New Democrat Coalition, a group that claims to be “committed to pro-economic growth, pro-innovation, and fiscally responsible policies.”

Nevertheless, she is known for her woke bona fides.

Davids spoke at a Black Lives Matter rally in Overland Park in June 2020 and was a vocal champion of a police reform bill in the immediate wake of the George Floyd killing last May.

“Too many Black lives have been lost to injustice and brutality in this country. Kansans and people across the country have taken to the streets to raise their voices and demand change, and that’s exactly what this moment calls for,” Davids proclaimed in a statement on the proposed legislation.

“The [George Floyd] Justice in Policing Act, as well as the numerous other bills I’m supporting, would enact comprehensive reforms to law enforcement that would increase transparency and accountability and combat this pattern of violence. While no single policy will undo centuries of systemic racism, and we have much more work to do to protect the health and safety of our communities, this is strong a step in the right direction.”

The remarks echo comments Davids made in May 2018 when she first ran for Congress. “I think one of the problems that we have when we talk about police violence is that we often focus on individuals within a system that is rooted in violence,” Davids said at a candidates’ forum. The Kansas GOP played up the remarks to paint her as anti-police.

The U.S. Chamber has also climbed on the “systemic racism” bandwagon.

“The U.S. Chamber of Commerce is the largest lobbying organization in the nation, representing businesses of all sizes across all sectors, touching every corner of our country,” U.S. Chamber President Suzanne P. Clark wrote in a July 2020 commentary piece for Forbes magazine. “With that reach comes a responsibility to drive sustained action to eliminate systemic disadvantages. Convinced that our own previous efforts have been insufficient, we have committed to put the collective muscle of American business behind an urgent nationwide push for equality of opportunity.”

In endorsing Davids, the U.S. Chamber made a business decision with the goal of buttressing its standing within the halls of Washington. It has now lost a state affiliate as a result of that decision. Is this just an example of organizational inner conflict, or another sign of the growing divide between D.C. and beyond-the-beltway America?