A government watchdog group has filed a lawsuit against North Carolina and two of its counties for failing to clean their voter rolls. 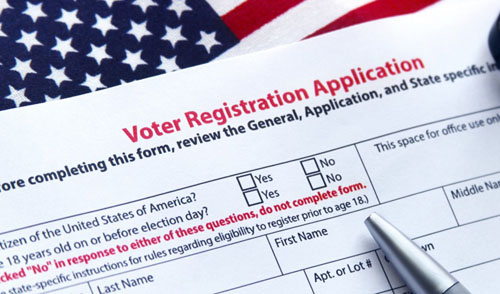 The lawsuit also claims that these jurisdictions violated the NVRA by failing to make available to Judicial Watch public records concerning efforts to comply with the law.

Meanwhile, North Carolina resident and WorldTribune.com guest columnist David Goetze noted in a Facebook post: “The Executive Director of the NC State Board of Elections is seeking to broadly expand her ’emergency’ powers pursuant to (Gov. Roy) Cooper’s Declaration of an Emergency. I encourage everyone to express your concerns about the move to voting by mail for November and the removal of many protections put in by the Legislature to prevent ballot harvesting and voter impersonations.”

According to Judicial Watch’s analysis of voter registration data, many of North Carolina’s 100 counties have large numbers of ineligible voters on their rolls.

“Dirty voting rolls can mean dirty elections, and Judicial Watch must insist that North Carolina follows federal law to clean up its voting rolls,” said Judicial Watch President Tom Fitton. “We want cleaner elections, as the law requires, and we expect this lawsuit will cause North Carolina to take the simple steps necessary to clean from its rolls the names of voters who have moved away or died.”

The NVRA provides for the removal of the names of registrants who have failed to respond to an address confirmation notice and then failed to vote in the next two general federal elections. Federal law makes these removals mandatory.

In June 2019, the U.S. Election Assistance Commission (EAC) released data showing that voter registration rates in a significant proportion of North Carolina’s 100 counties are close to, at or above 100 percent of their age-eligible citizenry – statistics considered by the courts to be a strong indication that a jurisdiction is not taking the steps required by law to remove ineligible registrants. Judicial Watch’s analysis also showed that at the time of the EAC report the entire State of North Carolina had a registration rate close to 100 percent of its age-eligible citizenry.

The news of Judicial Watch’s lawsuit comes at a time when many states, including North Carolina, are reportedly considering instituting mail-in voting for the 2020 elections due to the coronavirus outbreak.

Judicial Watch has been the national leader in enforcing the NVRA. In December 2019, Judicial Watch provided notice to 19 large counties in five states that it intended to sue unless they take steps to comply with the NVRA by removing ineligible registrations from their rolls. In addition to North Carolina, Judicial Watch sent letters to counties in California, Pennsylvania, Virginia and Colorado.

In 2018, the Supreme Court upheld a voter-roll cleanup program that resulted from a Judicial Watch settlement of a federal lawsuit with Ohio. California settled an NVRA lawsuit with Judicial Watch and last year began the process of removing up to 1.6 million inactive names from Los Angeles County’s voter rolls. Kentucky also began a cleanup of hundreds of thousands of old registrations last year after it entered into a consent decree to end another Judicial Watch lawsuit.