Pattern recognition specialist Jovan Pulitzer has reported that he has obtained a commitment to fund his forensic audit of the 2020 election in Michigan.

Pulitzer’s statement: “#MICHIGAN MICHIGAN LEGISLATORS I have been able to secure the verbal commitment from a private donor to fully fund my PKAD initial Forensic Audit of every ballot in Michigan voted in the 2020 General Election. #ScanTheBallots #KinematicArtifactDetection #JovanHuttonPulitzer”.

In a December 2020 report, Natural News noted that a kinematic audit “would investigate the underlying forensic evidence that is uniform for all legal ballots printed for the 2020 election,” Natural News noted.

“Fraudulent ballots could be singled out based on mechanical inconsistencies. For example, a kinematic audit could detect the prevalence of fake ballots in the ballot supply by looking for a ‘kinematic fold’ that is unique to all the ballots that were mailed out. Every ballot that was mailed out was folded by machines and blown into envelopes. Every legal ballot will contain roller impressions from the postal processing system. A mechanical audit process could detect for this universal evidence of legitimacy, which would be signified by a uniform crease referred to as a kinematic fold.”

Pulitzer cited specific evidence in a report he released in January: 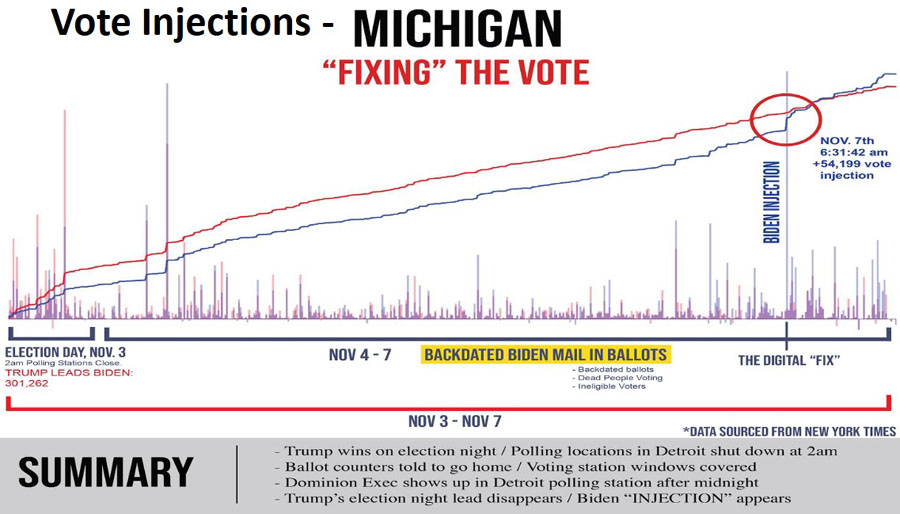 Former President Donald Trump released a statement on the Michigan election fraud investigations in May:

“The major Michigan Election Fraud case has just filed a bombshell pleading claiming votes were intentionally switched from President Trump to Joe Biden. The number of votes is MASSIVE and determinative. This will prove true in numerous other States. All Republicans must UNIFY and not let this happen. If a thief robs a jewelry store of all of its diamonds (the 2020 Presidential Election), the diamonds must be returned. The Fake News media refuses to cover the greatest Election Fraud in the history of our Country. They have lost all credibility, but ultimately, they will have no choice!”