In his assault on the Second Amendment, Joe Biden plans to ban the manufacture and sale of assault weapons and high-capacity magazines, restrict the number of guns one person may buy per month to one, and prohibit people convicted of hate crimes from owning guns. 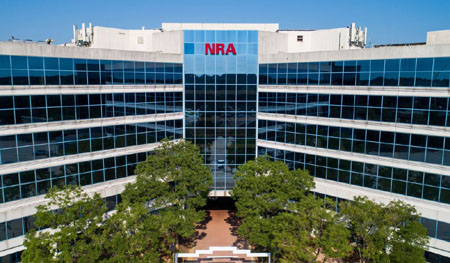 Those who handle Biden’s website say he has a plan to end “our gun violence epidemic” and boasts that he has taken on the NRA twice and won, referring to his help passing the Brady Handgun Violence Prevention Act in 1993 and in passing a 10-year ban on some weapons and magazines the following year.

Biden’s handlers say they will push him to:

The Biden team also wants 100 percent of the firearms sold in the U.S. to have so-called “smart gun” technology.

“Today, we have the technology to allow only authorized users to fire a gun,” Biden’s website says. “For example, existing smart gun technology requires a fingerprint match before use. Biden believes we should work to eventually require that 100% of firearms sold in the U.S. are smart guns. But, right now the NRA and gun manufacturers are bullying firearms dealers who try to sell these guns. Biden will stand up against these bullying tactics and issue a call to action for gun manufacturers, dealers, and other public and private entities to take steps to accelerate our transition to smart guns.”

The NRA, which has more than 5 million members, has warned that Biden would “begin a concerted attack on the rights of American gun owners.”

The NRA noted in a Dec. 30 post: “It is worth reiterating just how radical the Biden-Harris gun-control agenda is. If they get their way, they will ban and confiscate the most-commonly owned rifle in the United States; they will prohibit the magazines that come as standard in almost every newly purchased semi-automatic firearm; they will use the federal government to regulate intrastate private transfers (or even loans); they will open up the courts to frivolous suits with the hope that they might achieve, through ‘lawfare,’ what they cannot through legislation; they will arbitrarily limit the number of guns that can be bought per month; they will ban the online sale of ammunition and firearm parts and accessories; they will declare Americans who are unable to manage their finances to be ‘mentally ill’ and thus barred from owning guns; and, eventually, they will move toward the mandatory adoption of a ‘smart-gun’ technology that does not, in fact, exist.”

The NRA also noted that Biden had said he would choose as his “gun czar” Texas socialist Beto O’Rourke.

“One of the stranger developments in recent political history has been that the organized opponents of the Second Amendment have come to believe their own rhetoric,” the NRA said. “Even as state after state has loosened carry rules, the number of gun owners have diversified and increased in number and Americans have gotten into a habit of buying millions of guns a year, gun-controllers have persisted in their belief that there is a secret majority out there that agrees with everything they say.”